America is home to some of the biggest wine festivals across the globe, partly because of the prevalence of wineries throughout the country.

These wine festivals attract wine enthusiasts from across the world, with one standout wine festival being the Pinknic.

This festival takes place at Governors Island in New York and has taken place since 2016. The first event featured live bands, picnic baskets, pink blankets and well, lots of rosés. Thus, the occasion derives its name from the beautiful hue seen in rosé. The event was a success, thus leading to the holding of subsequent festivals with attendances by even more wine enthusiasts. If you are a lover of rosé, then Governors Island is the place to be, which features the best wines.

Guests arrive at the festival dressed in pink and white, and they get to lay on pink picnic blankets. As attendees get to know each other, they also get a clear view of the Manhattan skyline. Furthermore, they get to take selfies with a perfect view of the Statue of Liberty. As such, this event has quickly risen to become a New York Summer tradition. It has fast overtaken wine festivals of the same nature.

Attendees get to enjoy beautiful spaces as they sample delicious rosé s from across the world. What’s more, renowned local chefs work hard at coming up with fantastic pairings for the wines. Bands and DJs from around the globe play on into the night as guests dance to the music. The 2018 festival took place from 30th June to 1st July, and the organizers pulled out all the stops. They expanded the food court to feature gourmet food from fine establishments in NYC. Cocktails and music acts were also fantastic and guest got to have a fantastic time.

The festival closed as it had in 2017 with beautiful mermaids gracing the stunning pool. Fireworks at sunset set the mood for a fantastic night as the event came to an end with a bang. Guests can only wait to see what 2019 will have for them. They can, however, be sure about one thing. Whatever the event organizers come up with will be as mind-blowing as in the previous years.

Learn How Wine Ratings Are Decided!

Flavors of caramel, vanilla, and strawberry dominate this wine, followed by a powerful finish. 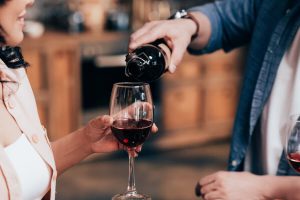 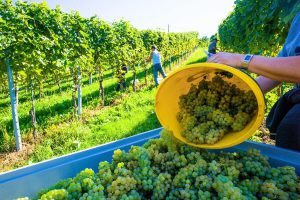 Dozens of countries across the planet produce unique wines, learn more about the top 3! 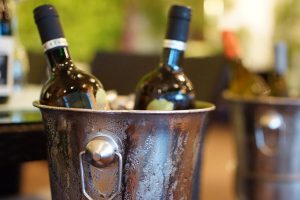 Ice wine is an incredibly unique wine type that is a world of its own, learn more today! 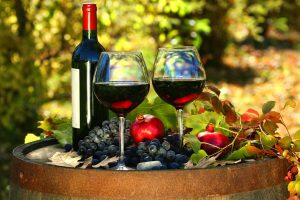 Syrah, or Shiraz is an incredibly popular wine type and wine grape! Learn more about this beautiful wine!

Russian Wineries are unique, from climate to winemaking techniques; the results are incredible! 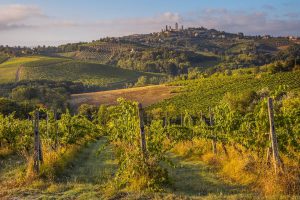 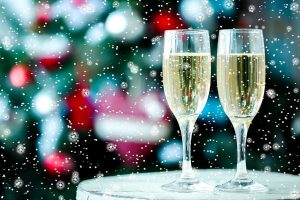 The champagne glass was perfected over centuries. Purpose and beauty combine in the perfect vessel!

Evolution Of The Champagne Glass

As with other cutting-edge goods and ideas, champagne intake soon filtered down from the court to the upper classes of people. Yet, in the early days of champagne, there was no glass mainly made for its consumption. Glasses were made solely for one purpose: drinking.

As it became an alcoholic carbonated drink, it was normally consumed from the same glasses as beer and cider. This was due to the fact that those had easy, short stems and round, funnel-formed bowls. Depending on Champagne brands, different glasses were sometimes used. It was not until different Champagne brands from Champagne, France came about that they began looking at these lead glasses.

Later in the Georgian period (1714–1837), such glasses evolved with a knob midway down the stem.  Much later, greater ornamental factors had been added to the bowls. Vessels for beer had been sometimes etched with depictions of barley, at the same time as cider glasses featured apples. it is rare, even though not extraordinary, to locate examples etched with vines, which would have held the champagne.

French wines, and Champagne, France especially, had been stylish amongst the Aristocracy of the 19th century. certainly, Russia at the time was the arena’s second largest customer of champagne, and the Imperial Glass factory produced a range of different Champagne glass for the banqueting sets of the Imperial court and its palaces outside St Petersburg.

The Champagne glass produced within the Edwardian period (1901–1910) persisted to be quite delicate. decoration changed into either finely engraved, with classical references (floral or Grecian patterns), or cut in stylized shapes (move hatches and stars). Thomas Webb & Sons’ classic shape at this time was a barely flared bowl, now and again with cut feet.

In phrases of shape, while flutes generally tend to better hold mousse, a broader champagne glass will no longer lose its bubbles fast. It’s crucial to keep in mind that, as with every accurate wine, aroma is an important element in the enjoyment of champagne. A much broader bowl lets in greater aromas to break out from the wine’s surface. This offers the drinker an extra appreciation of the champagne’s complexity.

The depth of the bowl wherein it joins the stem, not simply its shape, additionally affects bubble retention. A deeper base creates one steady circulation of bubbles. This is of course, as opposed to the mass fizz created through the use of rounder bases. There’s now growing proof to reveal that the form of a glass also influences the taste of its contents. In this situation, the couple may be a sensible desire for sparkling wines without autolytic character. It facilitates perfectly to disperse the mousse and lets in fruit flavors to show themselves fast for instant gratification. This is all thanks to Champagne, France, and their many Champagne brands.

While it might sound silly regarding something as simple as a Champagne glass, there is a complex and intriguing history behind it. While there are many myths including that of Marie Antoinette having such an influence, the real influence came to us from Champagne, France, and their many Champagne brands. Furthermore, this began a discussion regarding how Champagne is best enjoyed. Of course, this is where shape came in.