Few types of alcoholic beverages have the kind of history that wine possesses. Invented over 8000 years ago, it precedes the Romans and was a fixture in ancient Greece. Monk wine is some of the most influential of the modern era! 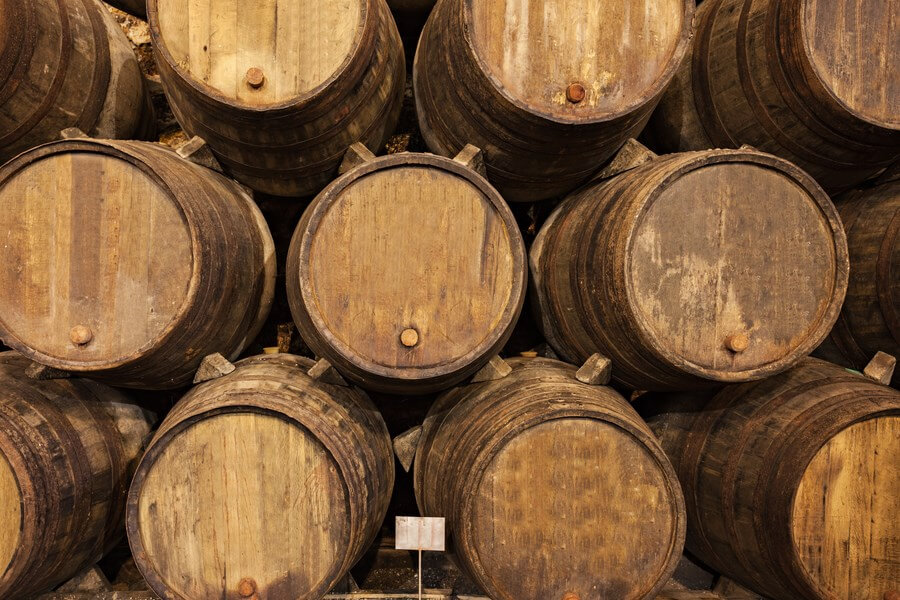 The knowledge of winemaking slowly spread over Europe as centuries passed. Viticulture flourished an accomplishment largely due to monks in the medieval period. Monk wine, their husbandry of vines led to the preservation and perfection of wine as we know it today.

The Establishment of Wine in Europe

With more of Europe growing familiar with the art of winemaking, wine became a staple in the European diet. In the Dark Ages, the wine was mixed with water, the alcohol content assisting in the killing of harmful bacteria commonly found within. Wine frequently accompanied not only meals but was used as purification. The mass consumption of wine led to the preference of heavier, darker wines. As a result, abbeys and monasteries experimented and created different types of monk wine varieties.

The Importance of Monk Wine

The most prominent religion in Europe during the Dark Ages was Catholicism. The church needed monk wine for its eucharistic rites, particularly in the call to the communion where followers partook in wine as the “Blood of Christ.” Christianity also featured wine in its symbolism, notably in the Bible where Jesus transforms water into wine.

With wine so fundamentally entwined with the basic tenets of the religion, a steady and uninterrupted supply was crucial. This is mainly why many abbeys and monasteries ventured into winemaking.

Because the monks had no important uses for the land given to the church by wealthy nobles, they were able to take the time to grow their vines. Furthermore, they had the time to examine their initial results in monastic wine grapes. Consequently, the end result was the progression not only of their growing techniques but also of their wine-making skills.

Beneficial to monk wineries was the fact that their vineyards remained undivided. In fact, they continued to expand owing either to more land donations or to purchases. This allowed for more vine growth and even more opportunities for experimentation and cultivation.

Looking to the future instead of the past? Check out the future of wine and the rise of the Chinese wine industry!

As monk wine became more prolific and the vineyards of the abbeys and monasteries flourished, the monks worked hard to ensure continued success. Hence, they painstakingly constructed short stone walls as vine enclosures. These walls kept the vines safe from bandits, predators, and other kinds of wildlife. They also protected the plants from wind. The monks strived initially to structure the land for the vines, but over time, the vines themselves structured the land instead.

Wine played a large role in the lifestyle of monks. Monk wineries not only produced large quantities of wine but consumed in large quantities as well. Religious rites required a great deal of it. However, it was also a staple of the monks’ diets. As the writers of Old Cook describe, the monks kept wine on hand as a remedy for the frail, ill, and elderly. Furthermore, monasteries and abbeys benefited from the economic value of the wine. The monks sold any surplus in their supplies and kept the money for the monastery’s own usage.

The influence of the Benedictine monks on wine-making was tremendous. They owned an impressive amount of vineyards in France and Germany. Credit for improvements in the champagne making process goes to Dom Pérignon, a Benedictine monk. Monks also turned the cultivation of the German Riesling grape into an actual industry, over time making enough Riesling wine to supply all of Europe.

Other Religions and Winemaking

The Benedictines were not the only order to create monk wine. Other religious historic wine producers include the Templars, Carmelites, Cistercians, and Carthusians. There’s also an association with Catholic saints and vineyards, such as Saint Germain and the Parisian vineyards along the Seine, Saint Martin with the Loire Valley’s vineyards, and Saint Remi and the vineyards of Reims.

Wine in Europe today would be nothing like it currently is without the influence of the monks from the medieval ages. Their experimentations and production led to variety in wine and improvement in winemaking processes. Their legacy is one that wine drinkers the world appreciate today!