Port wine is a fortified wine of Portuguese origin. It is produced in the Douro Valley in the northern region of Portugal. 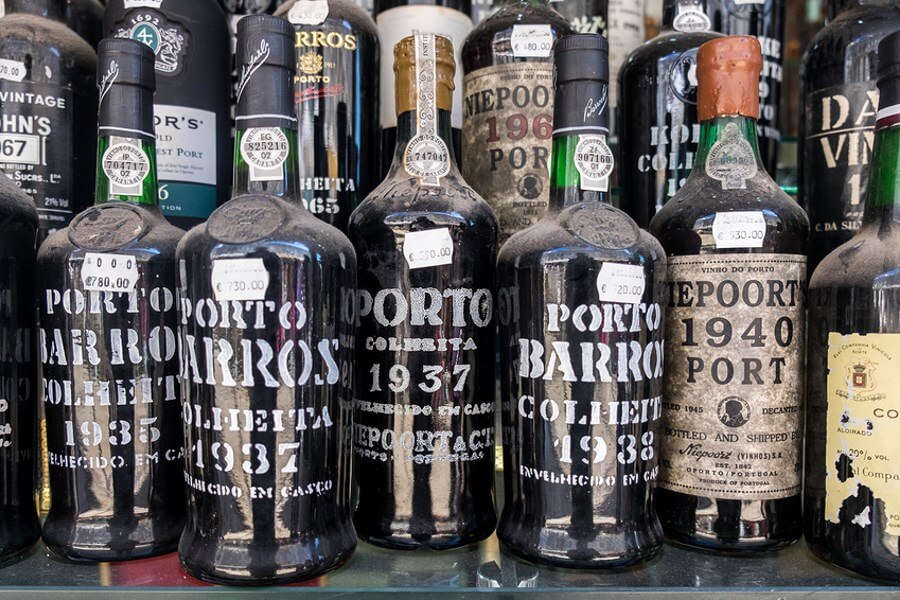 The drink can be found under the names of Porto, vinho do Porto, or just port. It is a sweet, red wine, usually served as a dessert wine.

Wines similar to Port are produced all around the world. The European Union only recognizes the label “port” or “Porto” as a product with Portuguese origin, following the rules of the European Union Protected Designation of Origin.

The Regions Behind The Perfection:

Port wine is produced from grapes that grow in the vineyards in the Douro region. This area is divided into three regions, named Baixo Corgo, Cima Corgo and Douro Superior.

Cima Corgo is a stunning region of Portugal. The grapes grown here are usually higher quality, meaning that the port from this region is more often of higher quality. This is where many of the beautiful ports and vintages you have fallen in love with come from, uniquely bottled and artisanally labeled.

The Douro Superior region is the least cultivated. Of the 3 main port growing regions, the Douro Valley has the hottest climate. Port from this region is very often of excellent quality and it shows in the port produced.

In the past, people believed port had medicinal qualities! Much like Vermouth. William Pitt the Younger, former British Prime Minister began drinking port as a 14-year old boy in 1773. Said to have drunk a bottle a day, Pitt enjoyed a great life!

Port wine is full, rich, and characteristically sweet. As a fortified wine (Such as Sherry, but different) it is high in alcohol percentage(19%-20%). During the fermentation, a distilled grape spirit is added to the grapes giving it the high alcohol percentage and distinct flavor.

How The World Learned Of Port:

Two Liverpool wine representatives were the first to recognize port. In Viana do Castelo, the two learned the wine trade. They tasted the unique wine mixed with distilled spirits at Abbot’s of Lamego, so they bought all the bottles and shipped them to England

In 1756, the Compania Geral da Agricultura das Vinhas do Alto Douro was founded. They were producing great wine for a lower price, so everyone could buy it. What they didn’t know at that time; they were inventing one of the most important types of wine in the world. But, they were trying hard to protect the geographic origin of their product.

Consequently, England’s joining the Port trade shared it with the world.

How to store and serve port wine?

The rules about how to store Port are the same for the other types of red wine. Store wine in a cool and dark place, never in a fridge. If the bottle has a cork lay the bottle on it’s side. If sealed, the bottle should be standing.

The best temperature to serve port it’s between 15 and 20 degrees Celsius.

Some types of port wine are unfiltered, meaning there is sediment in the bottle. If opened without care, the sediments may disperse throughout the wine. The taste will be mostly the same, but the mouth feel and attractiveness of the Port in the glass will be in jeopardy. The best way to avoid this is to carefully use a corkscrew with the bottle firmly held on a solid surface. Pull the corkscrew, not the bottle.

The chemistry Of Color:

The beautiful color of the port wine comes from the bluish pigments called protosins. Their chemical name is vinylpyranoanthocyanins. There is another pigment, named oxovitisin A. These together give port its distinctive and unique color.

The Longevity Of Port:

Port wine holds quality longer than many commercial wines particularly after opening.  Tawny and ruby types last up to several months, in part due to a longer aging process in barrels. Consume vintage ports within days or weeks. Old vintage has the shortest expiration period (5-7 days), young Vintage can last up to three weeks, and very young types can stay fresh even after a month.

In the past, people believed port had medicinal qualities! Much like Vermouth. William Pitt the Younger, former British Prime Minister began drinking port as a 14-year old boy in 1773. Said to have drunk a bottle a day, Pitt had a great life!

Next time you’re enjoying a glass or bottle of Port, you have an excuse for any naysayers! It’s healthy for you, according to 18th century medicine.