The state of Vermont, in the United States of America, makes Vermont wine from beautifully unique grapes. 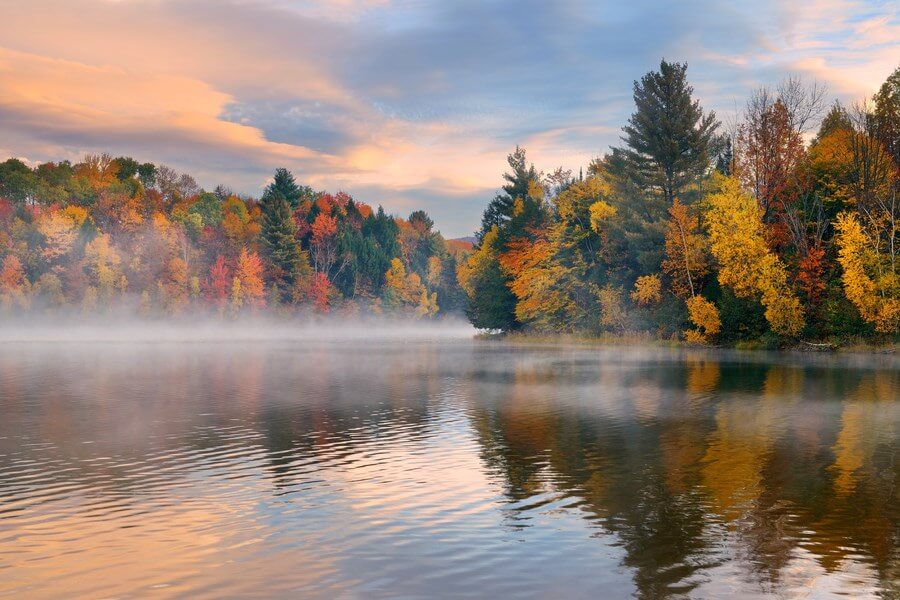 Not only has wineries of Vermont focused on making use of French-American hybrids like Seyval Blanc, Baco Noir, Cayuga and Vidal Blanc but also cool climate vinifera varieties, such as Riesling.

Many Vermont Wineries have won prestigious international wine awards, garnering amazing notoriety. Additionally, some Vermont wineries get wine made from grapes grown in other states such as New York, to create wonderful semi-local products. Cold hardy grapes that are flavorful such as Marquette, Frontenac, as well as La Crescent are the key Vermont wine ingredients.

The Vermont Wines and Wineries

Shelburne winery produces most excellent quality whites, reds rosés’ as well as ice Vermont wines. Luckily, they have managed to earn gold medals in ‘Best in Category’ international competition. Additionally, it features experienced staff who share their extensive knowledge. It’s interesting to note that during Vermont wine tasting, one can make a selection of the current wines they wish to taste and keep the wine glass. Ultimately, Shelburne Vineyard is definitely an amazing award-winning winery to visit!

2017 La Crescent– Vermont widely grows white grapes that result to La Crescent. As a matter of fact, in 2016 growing season that was a long and hot summer, it not only managed to produce beautiful grapes, resulting in a delicious semi-dry white wine but also bursting with juicy stone fruit flavors, mouthwatering acidity, and enticing floral aromatics.

Other Vermont wines produced at Shelburne include; 2016 Cayuga White, Capsize Rosé, and the 2016 Celestial Louise.

Check out these amazing Minority Owned Wineries In The USA!

The Vermont wine produced and sold at Snow Farm Vineyards is outstanding, and their reserve is excellent.

Snow Farm Winery and Vineyard began as a way to preserve Vermont’s agricultural land for farmers. As a matter of fact, Lake Champlain that is situated in the mild climate of the Island allows for the growth of vinifera grapes like pinot noir and Riesling. Additionally, the cold hardy varieties are grown here. These grapes are equally important as they are used in making Vermont wine. Not only has Snow Farm been making wines for a while but also it is mostly known for producing the ever-popular ice wines, which the Wine Spectator named in their 2009 Editor’s Choice Edition.

The Vermont wine produced and sold at Snow Farm Vineyards is outstanding, and their reserve is excellent. More so, one can enjoy Vermont wine tasting with a cheese and meat platter. In addition to this, one can walk in the vineyards and hike to an area where one can see the entire orchards, other farms and the best views of Lake Champlain plus a section of trees nearby with colorful birdhouses on nearly every tree. It’s fun, quality vineyard and highly recommended.

Estate Vidal Blanc – Not only is it a dry and crisp white wine but also Citrus-y nose with notes of tangerine and mandarin. Lemon and lime on the palate. In fact, it is a Vermont wine which could age for a few years

Rose Red – Indeed it is charmingly fruity, sweet blend of Catawba and Baco Noir Vermont wine that you can equally enjoy at chilled or room temperature

Also, other Vermont wine produced at Snow Farm include; Estate Seyval Blanc, Snow white, as well as an American Riesling and more!

Uniquely, is proud to be the first U.S craft distilled company to specialize in cream liqueurs. David together with Linda (Boyden family), had the forethought of making a combination of Boyden Valley Winery’s original Vermont Ice Cider, Vermont apple brandy, cream and maple syrup to form the award-winning Vermont Ice Maple Cream Liqueur that is loved by so many today’s. They are the sole distillery in the nation in production of their most popular product, Vermont Ice Maple Cream Liqueur.

It’s important to note that for their award-winning fruit wines, they came up with a procedure of fermenting fruit with the skins on (never using a concentrate). For this reason, it has chiefly helped their locally-sourced fruit flavors shine through. These innovative production techniques have not only helped the Boydens produce and distribute the majority of their products more than a dozen Vermont wines and spirits. But also their line of artisan hard ciders. Markedly, Vermont wine here is a pleasant surprise. Surprisingly due to this reason, you can try up to 9 different wines as well as liquors during wine tasting getting to take home their beautiful signature wine glass.

Californian Wineries: Rise Of An Empire

California is the 4th largest wine producer on the planet! Check out these amazing wineries!