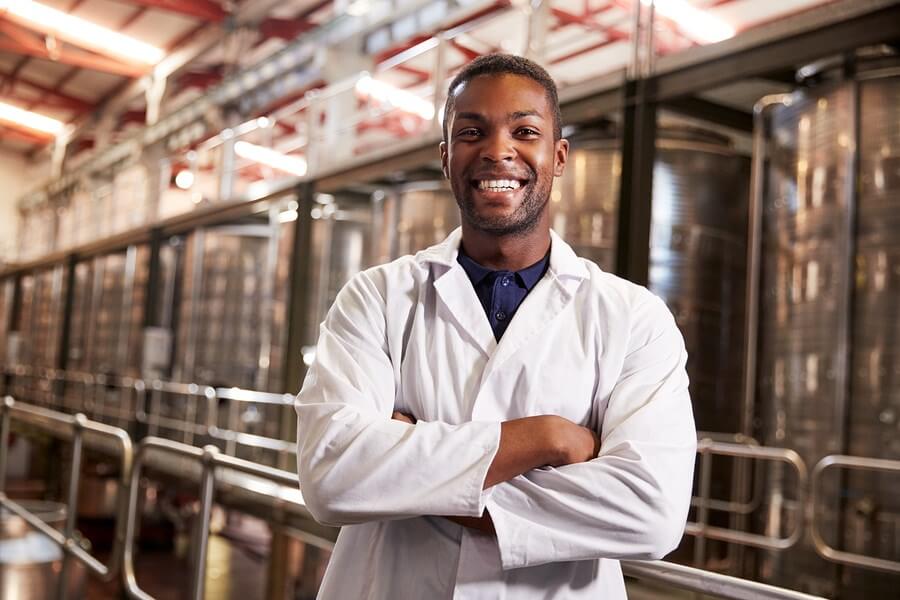 While minority owned wineries constitute some of the best on the planet, there are other world class wineries as well!

Chef Rhonda Russell owns Taste Collection Cellars. Russell is globally renowned as an Executive Chef of Wine Arts and Winemaker. Furthermore, Chef Russell is also the only African American in the United States to hold this title. She is a certified wine sommelier, winemaker and certified personal chef. This African American role model has worked hard to spread food and wine knowledge with the public. Her goal, is not only to create amazing wines and food, but to share her expertise with the world.

Operating out of Houston, Texas, Taste Collection Cellars produces some of the best wines in the US. Types of wines they produce include Brut, Chardonnay, Sauvignon Blanc, and several other signature wines.

The Brown Estate Vineyards is a family-owned winery located in Napa Valley, USA. Founded in 1995, Brown Estate Vineyards was the first estate winery owned by African Americans in the region. The winery is currently run by three siblings; Coral, David and Deneen Brown. Renowned in Napa Valley as zinfandel producer, Brown displays amazing expertise. Aside from zinfandel, the winery produces chardonnay, cabernet sauvignon and petite sirah.

Black Coyote Chateau Winery specializes in the production of rare wines. The winery has been in operation since the early 2000s. They host a number of events in Napa Valley. These events include grape stompings, available all year round. Organized events give wine enthusiasts the opportunity to familiarize themselves with wine culture. In addition, it allows the public to gain extensive firsthand wine knowledge. Most importantly, these events allow the public to get a taste of Black Coyote Chateau signature wines. Dr. Ernest Bates serves as a top-rated neurosurgeon. Equally important, Dr. Bates is also one of the founding members of the Association of African American Vintners. He established this winery estate with 3 partners.

Ms. Theodora Lee, popularly known as “Theo-patra, Queen of the Vineyards”, established Theopolis Vineyards in the year 2003. Located in Yorkville Highlands of Anderson Valley in California, Theopolis Vineyards has received rave reviews. Most notably, receiving incredibly high scores from famed wine critic, Robert Parker. Lee recently started the bottling and distribution of her wine following the release of Symphony and Petite Sirah, a mix of white wine between Grenache Gris and Muscat. This African American matriarch also leads several wine events and festivals throughout the region.

Known for its Rhône varietals wines, Rideau Vineyard was established in 1997 by Iris Rideau. Rideau is a New Orleans native of Creole descent. She was the first Black female to own a winery in the United States. Over the two decades of operation, Rideau has impressed wine critics and enthusiasts from around the world. Furthermore, Iris has enticed wine experts to attend winery events on her property. Offering her beloved Creole cuisine, complementing each dish with a specific Rhône varietal. These wines include Grenache, Syrah, Mourvedre, Roussanne and Viognier; perfect for Creole cuisine. Due to this, the Wine Enthusiast Magazine featured Rideau Vineyard for highly rated wines and cuisines in 2012. Production and quality have only improved. The vineyard, located in Santa Barbara, offers a historic adobe tasting room that is open to visitors. The winery also produces non-Rhone varietals like Pinot Noir, Sangiovese, Malbec, and Chardonnay.

Robin and Andrea McBride of Eco.Love Wines, are the first African American sisters to start a wine company together. After growing up separately, in different countries. The sisters met each other for the first time in 1999. The powerful wine connection shared between them was evident upon their meeting. Both sisters growing up in two major wine regions. Ultimately, this sparked their journey to make wines of their own. They currently produce Central Coast Chardonnay, Riesling, New Zealand Sauvignon Blanc, Pinot Noir, and a complex red blends.

Established in 1995 by Mac MacDonald, Vision Cellars specializes in Pinot Noir wines. MacDonald is one of the co-founders of the Association of African American Vintners. Furthermore, MacDonald is a very influential figure in the African American owned wine industry. Vision Cellars Pinot Noir wines are created from various vineyards in California. In particular, Ms. Lil’s Vineyard, one of the winery’s latest ventures.

Vance and Monika Sharp own The Sonoma Valley winery, Sharp Cellars. The couple founded the winery after their retirement in 1997. Known for producing Zinfandels, Sharp Cellars is cementing a name and niche within the wine industry for themselves. Despite limited production, Sharp Cellars has received several awards. In particular, Awards won include the Double Gold Medal and Best of Class granted by Taster’s Guild Consumer Wine Judging. The first African American owned winery granted such an award, Sharp Cellars is carving a name for itself.

Quite obviously, the wine industry is incredibly competitive and saturated marketplace. The impact of African American Owned wineries resonates throughout the wine industry, despite the small percentage in operation. First and foremost, these African American owned wineries are producing award winning, world class wines. Secondly, they encourage other minorities, and members of their own community to expand their stake within the industry. For this reason, these winemakers and winery owners must be praised, respected, admired, and supported for their dedication. Furthermore, they should be supported for the amazing wines they produce.

A point often overlooked, is that this market has been dominated by those of European descent for centuries. With this in mind, we must respect these amazing minority owned wineries. In the end, it is our duty to encourage and support African American and minority owned wineries in the United States, and around the world. Lastly, our palates, and the wine industry deserve to taste more of their incredible wines. Bravo!

Champagne Wine: Secret Behind the Bubbles

Everyone celebrates their favorite occasion with Champagne. Learn the secrets behind the bubbles!

Find out what the young professional women are Canada are drinking! Enjoy their and our top picks!