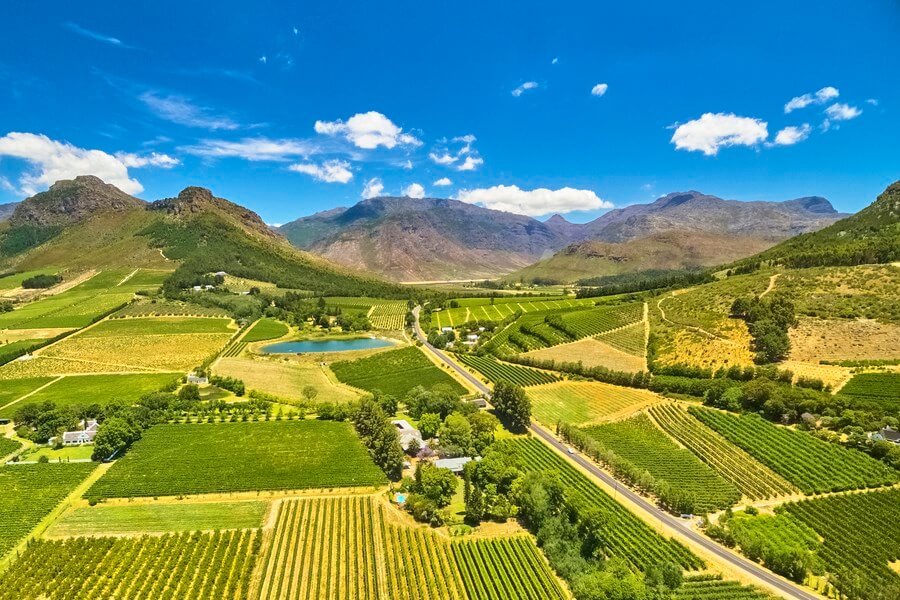 However, the wine industry suffered during apartheid, resulting in low production and poor global sales of South African Wines.

The winery founded in 1685 is the oldest and most important South African winery. It is famous for helping form the origins of the wine industry in South Africa. Since, Kings such as Lois Phillipe of France bought wine from the estate, at auctions across Europe.

To recognize the winery’s history and vinicultural importance, the South African Government declared it a national monument in 1984. Moreover, the estate is one of Cape Town’s seven biggest tourist attractions, because of its historic winery, museum, and restaurants.

For years, the winery has produced one of South Africa’s Top wines, The Grand Constance. A floral and aromatic white wine made using the Muscat grape. The wine described as exceptional has won many awards. In particular, the 2013 vintage won a platinum award for best South African Sweet Wine at the Decanter Asia Wine Awards. And at the International Wine & Spirit Competition, it won the Outstanding Silver award.

Ranked among the top South African Wineries for two reasons; the winery was the first to grow and vinify Pinotage, the country’s signature grape variety. And the second reason is its famous Black Label Pinotage, a wine made from the oldest vines on the estate.

The estate in Stellenbosch is the second oldest South African Wine Region, located 30 minutes from Cape Town.  It is a perfect place to visit for wine tasting and to sample local cuisine – traditional Snoek braais.

Kanonkop Pinotage is a delicious award-winning South African Wine produced by this winery. Bold and structured, this wine has received accolades from wine critics all over the world. Notably, the 2012 vintage won the Outstanding Gold award at the International Wine & Spirit Competition, in 2015.

The estate is in the Cederberg Wilderness Area in the South African wine region of Citrusdal Valley.  At an altitude of over 1000 meters above sea level, this winery is literally at the top. The estate planted the first wine vines in 1973, which produced a top-class Cabernet Sauvignon in 1977/8.

Cederberg is famous for producing one of the best South African Wines, resulting in its prominence on the global wine scene. In fact, the winery has won many local and international accolades for its wines. For example, the 2014 Cederberg Shiraz got the Gold award at the Concours Mondial de Bruxelles. As well as the coveted Veritas Double Gold medal – South African top wine accolade.

The estate is in a secluded location, so it offers accommodation at its holiday resort. Here, you can take part in many activities, including wine tasting, rock climbing on the spectacular rock formations. Also, you can enjoy ancient rock art done by the San and Khoi people who inhabited the valley centuries ago.

Described as Chardonnay heaven, the winery was the pioneer in introducing the grape into the country. Equally important, it was the first registered wine estate in the Roberston Wine Valley.

To get a taste of history and a glimpse into the future of South African Wine, visit the winery.

Initially, Bellinchamp which loosely translates to ‘pretty fields’ was used to refer to the place we now call Bellingham. Established in 1693 in the Coastal South African Wine Region, the winery made the first cape rose in 1949. Consequently, in 1956 under the name Bellingham, the estate produced its first wine, a Shiraz.

Bellingham has received many international awards and garnered far-flung acclaim. Notably, at the 2016 International Wine & Spirit Competition, the wine won the Outstanding Silver award. And the 2017 Silver award at The TEXSOM International Wine Awards. These awards are for the Bernard Series Old Vine Chenin Blanc 2015, described as an exotic South African Wine

These five South African Wineries are playing a significant role in ensuring that South African Wines continue to get worldwide recognition. In addition, because of producing over 260 gallons of wine yearly; South Africa has earned a spot among the top ten wine producing countries in the world.