In order to sample the best Argentinean wines, a La Rioja wine tour is a must. La Rioja lies to the western region of Argentina and features the gorgeous Andes Mountains. 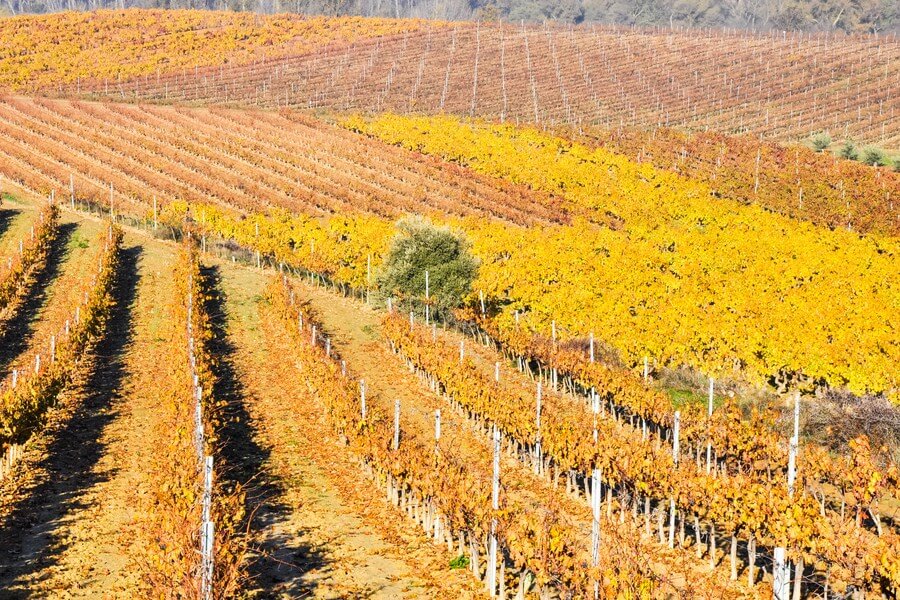 First, this sloped, high and unique terrain makes La Rioja ideal for the cultivation of Torrontes wine grapes. The Torrontes wine grapes are renowned for their ability to produce crisp white wines with incredible aromas. Second, many locals in the area argue that this region was one of the first Argentinean Wine Regions. Importantly, the initial Spanish settlers in the 16th century receive credit for having planted the first vines in La Rioja.

La Rioja lies in the rain shadow of the Andes range, a beautiful sight during a La Rioja Wine Tour. As a result of this, the region suffers from inadequate access to water, and the vines are scattered. Interestingly, the central La Rioja wine-producing area is the Famatina Valley. Besides this valley, there are other vineyard areas such as Villa Union and Nonogasta.

White grapes, and therefore white wines are the most commonly grown in La Rioja. Therefore, white wines will be the most commonly tasted during a La Rioja Wine Tour. However, there are other varieties such as Bonarda, Malbec and Syrah offered at the best Argentinean Wineries. Learn more about the Argentinean Wineries that must be visited while on a La Rioja Wine Tour.

First, San Huberto has been in the wine business for over seven decades in Argentina. Thanks to this experience, breaking into high-quality wines was not a problem, and they continue to thrive in wine production. At present, this winery exports its products all over the world. In addition, they also hold vineyards in Mendoza!

This winery boasts of more than two hundred hectares located in the town of Aminga, La Rioja. With a south latitude if twenty-eight degrees, this location is suitable for vine growing. The climatic conditions of this area, as well as the fertile soils, make the production of high-quality grapes possible. Varieties found here include Moscato Giallo, Chardonnay, Cabernet Sauvignon, Malbec, Syrah, Merlot, Cabernet Franc and Chenin, amongst others.

While in the Capital, check out the Best Wine Venues in Buenos Aires!

Marcelo Pelleriti is the only Latin American Winemaker ever to be awarded 100 points from Robert Parker.

Amazingly, the 2014 San Huberto Reserva Malbec won silver for quality, at the International Wine And Spirit Competition in 2016!

A reservation is required to visit and experience this renowned, and beautiful wine experience in the shadow of the mountains. Guests enjoy the lessons of true wine experts as they teach about wine and wine production in La Rioja. It is truly a treat.

This winery is one of the greatest in Argentina, and its exports lie in the ranges of tens of millions. The winery started out as a small business focused on buying grapes for wine-making back in the 1940s. Over time, families decided to plant vines, and this contributed to the growth of this winery. It now works as a co-operative where wine-growers can come together and market their produce. The winery has a focus on teamwork, and members work as families towards high-quality wine production. They also focus on the use of sustainable practices to ensure that the environment does not suffer adverse effects. Other than the wines you would typically find in other wineries, La Riojana also features organic wines.

La Riojana works towards producing wines suited to meet the needs of people all over the world. They also produce wines under private labels for their customers. Being a co-operative, they get to have access to an extensive range of grape varieties.

Uniquely, the majority of grapes grown are Torrontes Riojano while Syrah and Malbec follow at a close second and third respectively. As such, the wine options produced in the winery are endless. Most of the grapes are processed at the Chilecito winery in the Famatina Valley. Tastings are available upon prior arrangements.

This winery has its foundation set in passion for music and wine, both are dear to the founder Marcelo. Marcelo Pelleriti is the only Latin American Winemaker ever to be awarded 100 points from Robert Parker. In addition to this, he holds imprresive amounts of experience in winegrowing in France and Argentina. His ability to produce excellent wines has earned him worldwide recognition over the years. His wines continue to amaze many with their crisp tastes and incredible aromas.

The minerality of the soils in La Rioja makes the cultivation of Malbec and other black species possible. The terrain makes it possible for old vine Malbec to thrive and thus Marcelo plants a lot of it. He plants his vineyards spread over his land to make traceability easy. Many renowned wines from Argentina come from this region.

Marcelo pays a great deal of attention when making his wines. He harvests the grapes manually and does not use fertilizers in vine cultivation. On top of this, he transports his grapes by gravity. The wine-making process, coupled with a double-selection process, is impeccable. He plans to add more wine selections to his list over time.

Currently, the most notable wines include Chateau La Violette and Chateau Le Gay. Tastings are available upon reservation.

Stopping by these fantastic wineries during your La Rioja Wine Tour will make your trip unforgettable.

Argentina produces amazing wines, most famous for Malbec. Amazing wine hot-spots can be found all over Buenos Aires. These are some of our favorite!