Wine is perhaps, after water, the most important drink in the world. Millenia’s of history have made it a traditional drink par excellence. Famous Wine Brands have earned their names around the world. 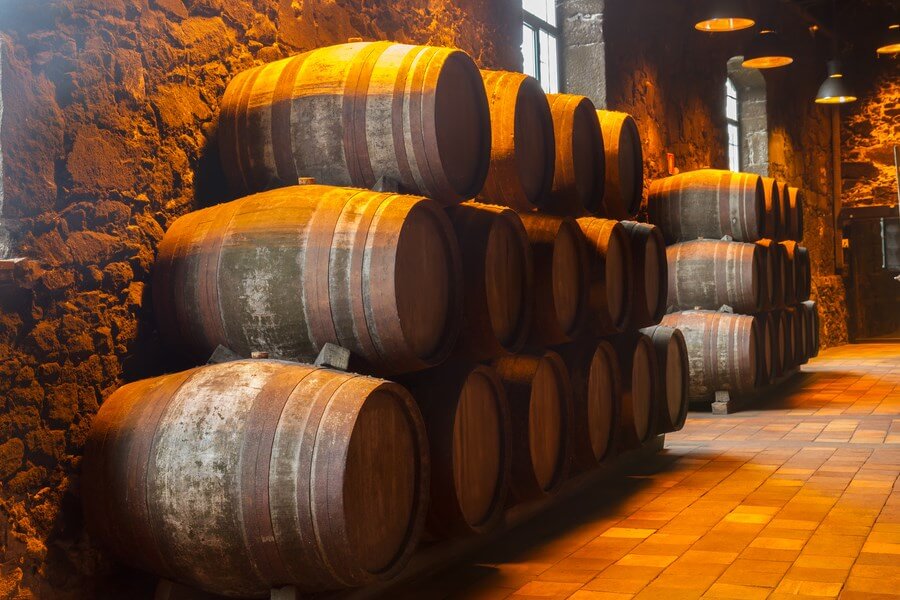 Dozens of countries have entered the wine industry over the years, however, only a select few have stood out and have taken over the world recognition for the flavor and quality of their wines. There are famous wine brands all over the world, creating beautiful, unique wines.

The most famous wine brands are the product of endless dedication, hard work, and a drive for perfection. Thorough knowledge and sound practices are crucial. In the process, endless details from harvesting, processing, fermentation and careful storage of wine must be taken into account. That’s why the regions that, over the years, discovered and honed the best methods to grow grapes and produce wine, are the leaders in wine production. Furthermore, they focus on quality and variety.

As was evident, France had to appear on this list. It is the epicenter of world viticulture, the cradle of many varieties of wine. The house of this brand lies in Burdeos. Its lands produce wine since, at least XVI century. The Grand vin, one of the varieties produced by Châteaux Margaux is recognized as an elite in the world of wine.

Created in 1820 in Porto, Portugal, this brand produces a famous wine fortified with brandy. The origin of this wine lies in one of the oldest vineyard areas in the world, and one of the most renowned wine regions for the quality of its wines. “Oporto”, “Madeira” and “Vinho Verde” are the jewels of the wine production in the Portuguese country.

Check out these top 10 most valuable wines!

Concha y Toro has to be one of the most famous wine brands in the world of wine. Founded in 1883, is the biggest wine producer in Latin America.

The United States is another country that stands out for the wine they produce. In fact, it’s the major wine producer outside Europe. Ridge’s story recalls 1885, when the Italian Osseo Perrone planted vineyards at Southern San Francisco, in California. Since then, this brand has gained a lot of reputation. To produce wines, they use native yeasts of its vineyards, which provides a unique flavor. A specialty of this house is the Zinfandel wine.

Another French wine makes it into this list. This brand was born in 1808, alongside the Rhône wine region, in southern France. A lot of classic wines such as Hermitage are produced here. There’s a lot of culture and history associated with this brand.

The first South American wine on the list, produced in Chile. Maximiliano Errázuriz founded these vineyards back then in 1870, in Aconcagua’s Valley. “Don Maximiano Founder’s Reserve Cabernet Sauvignon 2014” is this famous wine brands crown jewel.

Chile is an iconic country for wine production due to its climatic conditions influenced by the Pacific Ocean. The regions of the coast, center, and mountains have different types of climate, producing an interesting variety of wine.

Founded in Ampuis in 1946, Guigal is one of the top brands of Southern France. This is another highly awarded wine from the Rhône valley vineyards. “Brune & Blonde de Guigal” is the top wine of this brand, from the variety Côte-Rôtie.

Although it was not one of the traditional wine producers, New Zealand has undergone a revolution over its vineyards, which have tripled in just a decade. Villa María is the proof of this evolution in the industry. This famous wine brands house was created in 1961 by George Fistonich, in Auckland. Is the most famous wine in this country and exports its wines to at least 50 different countries in the world.

This famous wine brands masterpieces are created in Southern Australia, beginning in 1844 by Christopher Rawson Penfold. Penfolds has gained popularity the last couple of years. It even obtained the first place of Drinks International survey in 2016. Australia is one of the most important wine producers in the world. Since 1780, a great variety of wines are produced by the Australians, creating some awarded brands throughout the years.

Spain has the largest area of vineyards on the planet. Torres one of the major wine producer from Spain. It was founded in 1870, in Catalonia. Many wines produced by Torres have won prestigious awards and earned a worldwide reputation, such as Torres son Viña Sol, Sangre de Toro, Mas La Plana, Viña Esmeralda, Celeste, Altos Ibéricos, Gran Coronas, Milmanda and Natureo.

Concha y Toro has to be one of the most famous wine brands in the world of wine. Founded in 1883, is the biggest wine producer in Latin America.

Casillero del Diablo is the Concha y Toro star products. Received the name “Devil Locker” – according to its English translation – in order to a legend spread by the company. Its founder, Melchor Concha y Toro, began to spread the rumor that the devil lived in his cellars to prevent people from entering them to steal their liquors.

The Best of The Famous Wine Brands

There is no universally recognized best wine, only best wines. It will always depend on the tastes of each one. However, this list shows an important reference when choosing wines, as the quality of all of them is more than guaranteed. There are many famous wine brands. A wine does not need infamy or to be expensive to be great. Start tasting wines and choose the best for yourself.

Collecting wines can be a hobby, investment, or source of enjoyment! These 10 wines are some of the most collectible on earth!