Collectible wines can be an investment, a trophy, or a personal prize. As a wine lover, you have fantasized about having your own wine collection. 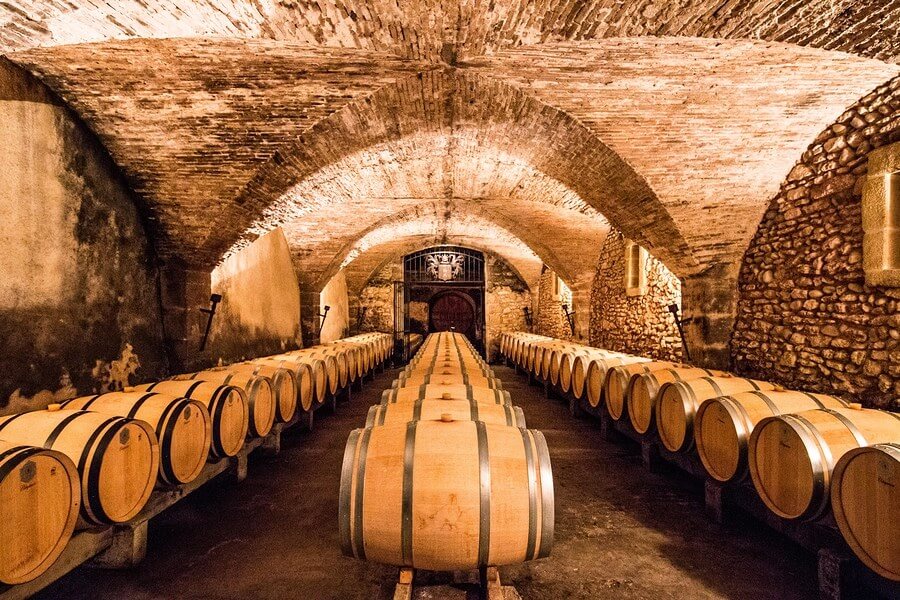 Be it a wine cellar, or simply a temperature controlled room to store your viticulture trophies. Your reason for collecting wine is your own, whether as an investment or out of love for a particular vintage or grape. You must store your wines properly, and care for them; each is unique and special.

The Château Lafite Rothschild is a beautiful manor and winery in the lowlands north of Pauillac, France. One of the most notable on the planet. Surrounded by beautiful waterways, they are characterized by a long wine-growing tradition (since 1620). The owners and winemakers of Chateau Lafite Rothschild have been producing amazing collectible wines for generations, producing many collectible vintages.

They producer between 6000 to 8000 cases a year depending on the yield and harvest; which make this wine scarce. Individual bottles can sell for tens of thousands of dollars.

Domaine de la Romanee-Conti is one of the world’s famous and popular wineries in Burgundy, France. They produce between 6000 to 8000 cases a year depending on the yield and harvest; which make this wine scarce. Individual bottles can sell for tens of thousands of dollars. Their vintages are treasured.

One of the most collectible wines, this vintage is prized for its ability and growing complexity in aging. This First Growth Classified winery produces nothing less than three red wines on its 78 hectares of vineyard. One blend contains 9.5% Merlot, 90.5% Cabernet and Petit Verdot .5%.

Latour’s stainless steel vats replaced their former oak fermentation period, this new method allows winemakers the ability to better control the temperature of the wine with precision. This has only improved the treasures they create. The estate did not touch its Grand Vin vines even when a lot of their wines were replanted which means the traditional tastes of the grapes remain untouched.

Other vintages to buy

Collectible wines can even be an investment strategy!

This vintage was described as “liquid cashmere” by Pierre Lurton. Ultimately, every wine that produced by the Chateau Cheval Blanc defines luxury. Four producers have been honored with Premier Grand Cru Class A distinction in the world and this estate is one of them. This is one of the most collectible wines available.

Some 6000 cases are produced each year. The blend contains 40% Merlot, 57% Cabernet Franc and also spliced with Cabernet Sauvignon and Malbec.

This wine has been honored with Premier Cru Superieur title. The success of this particular vintage is rooted in the wineries commitment to individually-selected grapes and tradition. The aging expectations of Chateau d’Yquem more than 40 years from now. Expected to age well until mid 2060.

Screaming Eagle is one of the most famous wines of Napa Valley, California. It is also regarded as the most sought-after American Wines. A real bottle will sell for nothing less than $2000 (USD). Producing only small quantities of this wine yearly, it’s scarcity helps to increase to it’s value.

Some of the most famous Vintages to buy:

One of the most counterfeited wines in existence today. Chateau Petrus’ vintages are extremely coveted. So much so, that many wine collecting and selling websites even offer buyers beware warnings. Requiring at least a decade to age before drinking, Chateau Petrus offers amazing, unique wines. Their most famous containing hints of cinnamon, coffee, truffles, chocolate, wet earth, plums, fresh flowers and dark cherries. Dark and rich with a silky, velvety mouthfeel. You would be lucky to find this for your collection!

Vintage to look for:

The vintage is robust with hints star anise and rose petals with concentrated tightly wound tannins and bright red-fruit flavours. It can be an affordable vintage for a collector, some bottles available for under $500. For such a special wine, this vintage is a steal.

This vintage is Philip Jones’ exclusive 2014 pinot noir vintage. Exceptional aromas of spice and earth, restrained by a swathe of pumice-like tannins and berries. This vintage has been trending upwards in terms of price, and it ages well. An award winning wine that will only become more valuable as it ages in your collection; whether it is for drinking or investing.

The beautiful uniqueness of this wine has thrust it into the spotlight. It has  The Dominio De Pingus winery produces only 325 cases of this wine per year. While this does increase the market value and price of this esteemed wine; it stands on its own laurels. Bottles sell for thousands of US dollars and only increase in value as the wine ages.

These are just some recommendations for collectable wines and vintages. While some might not be in your price range, there are always great reviewed cases of wine that retail in the hundreds of dollars that will add character and value to your wine collection. A bottle does not have to cost $10,000(USD) to increase the value of your collection. In fact, many veteran investors in wine encourage a larger, more diverse collection with lesser known, cheaper bottles of wine that age well. Increase your investment incrementally, don’t always go for the home run! However, every one of these vintages is a wine-lovers dream!

Boxed wines are an amazing deal, quality and quantity for a lower price! Check out the best Canadian boxed wines!

These wines have incredible price-tags, they are collectible and more! Learn about these amazing wines today!