Wine influences culture and has left a massive imprint upon culture and how we socialize for centuries. Famous Wines have carved their place in cinema! 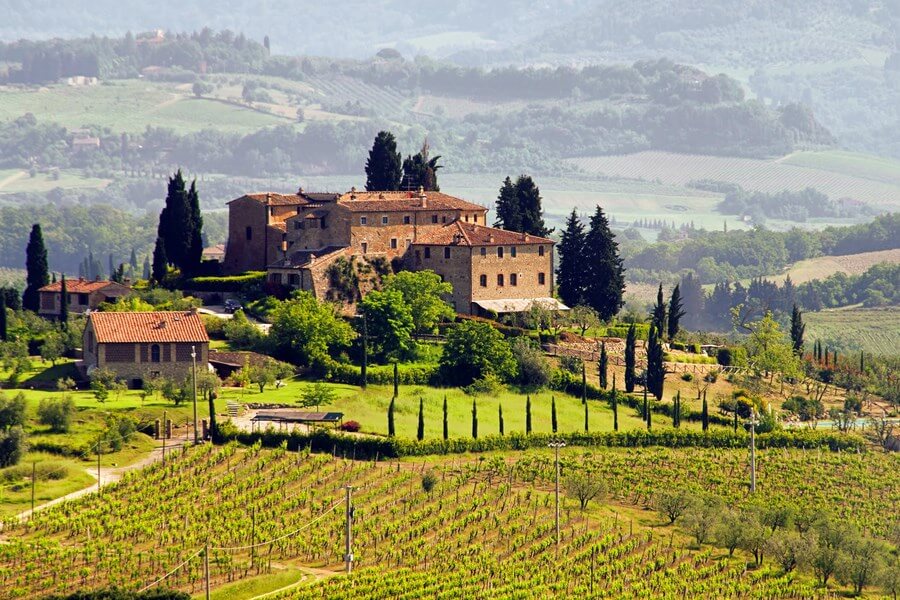 We celebrate everything with wine. It is consumed in movies and television. Wine is a constant part of many of our lives. Many famous wines were achieved their status by their presence in some of the world’s most beloved films. Not only are these some of the best wines, or most notable in the world, not all of them require a hefty price tag. Ultimately, these wines were made famous by the cinema!

Called out by name (and year, 1926), Veuve Clicquot gets a shout-out in the 1942 cinematic classic, Casablanca. Captain Renault recommends this wine to Major Strasser in a scene that they share together.

If you’ve ever even heard of Silence of the Lambs, you’re familiar with this famous line:
“I ate his liver with some fava beans and a nice Chianti.”

If remembering Anthony Hopkins’ line as Hannibal Lecter doesn’t send chills down your spine, you’re probably not human. And if cannibals aren’t a great selling point to you, consider this: Chianti has been referenced in numerous films! From French cinema to The Devil Wears Prada, the film industry has made Chianti one of the most famous wines.

Among the famous wines on this list, Chateau Margaux has been in more features than most.

Few wines get as much screen time as Dom Perignon. Numerous James Bond movies, The Blues Brothers and Misery are all classics that we know. And one thing they all have in common is an appreciation for Dom Perignon. It really is no surprise that such famous titles have influenced the most famous wines.

The movie Sideways has had a lot to do with the popularization of Pinot Noir stateside. The film (and its book predecessor) is already established as a must-see for wine-lovers. One character, in particular, has a love for Pinot Noir, which he considers the best of the best wines. Sideways has actually boosted the sales of this particular wine, while sales in Merlot dip downward. Perhaps you remember the line: “If anyone orders Merlot, I’m leaving.”

Isn’t it interesting how a single cinematic creation could influence part of our culture in such a way?

Though James Bond 007: You Only Live Twice is credited as popularizing Sake, this drink has been a cultural staple for a long time. This Japanese wine has been referenced in countless movies, including Kill Bill and Iron Man. It has also been the subject of many documentaries over the years.

Few wineries have as impeccable a sense of product placement as Clos du Val. Appearing in movies such as Forgetting Sarah Marshal, Knocked Up, Super Bad and even the TV Show Sex and the City, this famous wine is going places. This product placement scheme is very intentional and has brought this brand to the forefront of celebrity wines.

Monty Python’s Meaning of Life has made this very popular, very expensive wine famous among its wealthier fans. A 1954 Chateau Latour is mentioned in this movie. A 1961 Chateau Latour is seen in the animated film Ratatouille.

As recently as 2009’s Sherlock Holmes, Chateau Margaux has had a place in cinema. Among the famous wines on this list, Chateau Margaux has been in more features than most. Intolerable Cruelty, Thank You for Smoking, and Withnail & I all feature this wine. In the world of celebrity wines, few invoke class and sophistication quite like this one. That’s what makes it one of the most famous wines among cinephiles.

In The Godfather: Part 2, Michael Corleone is seen drinking this light red wine. Few films have received the kind of critical acclaim and following that The Godfather series has. Bardolino makes an appearance at Corleone’s son’s communion party. However, it has also made a splash in the lives of Godfather fans everywhere.

Famous wines aren’t made that way just by appearing in a film. Taste is critical, and the experience that you have while drinking it is just as important. But the world of cinema often highlights the best wines, from the inexpensive to the mind-blowingly costly. It takes a lot for a wine to achieve “celebrity wines” status, but once it has it becomes a cultural staple for cinephiles worldwide.

If you want to bring a touch of class and familiarity to your next dinner party, consider any of the wines above. They’re all delectable and provide that pleasant buzz that we expect from famous wines and more obscure brands alike. Broaden your horizons a little with your favorite character’s favorite glass of vino. You won’t regret it. In fact, you might discover a brand-new favorite!

Celebrities have been drinking luxurious wines for centuries! In the 21st century, our favorite celebrities are not only consumers, but producers!