Wine is a drink enjoyed by all. Celebrities love to drink wine as well, from Kim Kardashian to Robert De Niro. Many of your favorite celebrities have favorite wines they love to unwind with. 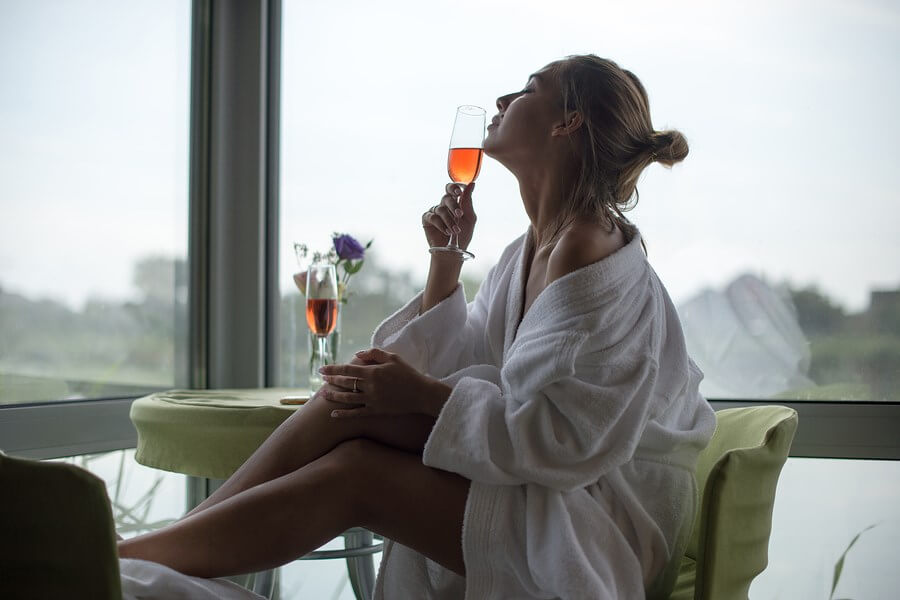 First on the list is the popular X-Men actor, Hugh Jackman. Hugh Jackman is an immense wine lover. In an interview, Jackman mentioned that he does not stick to a particular type of wine. Alternatively, he enjoys trying out various brands and types of wine.

The actor has also stated that he prefers drinking wine produced in his home country, Australia. His favourite wine is the Henschke brand wine produced by the Australian Hill of Grace Vineyards. Hugh is also known to express his love for the Penfolds Grange, also from Australia.

Helen Mirren has great taste when it comes to wines. She is a popular wine enthusiast and has expressed her love for Italian wines openly on several occasions. Italian wines are among the best in the world. The award winning actress’ favourite brand of wine is the Negroamaro, produced from a grape variety in Puglia, Italy. She mentioned that Negroamaro is simply a delicious red wine.

During the debut of a popular movie in New York, Elizabeth Banks recommended the Sancerre wine brand. Since trying it, it has become her favourite wine. Banks went on to say that anytime she sees it on a wine menu, she orders it. It is truly her favorite go-to wine.

During an interview with a popular magazine, Johnny Depp touched on his love for wine, and his favorites. Depp’s favourite wine is Chateau Calon-Segur. He enjoys the wine because it is affordable and finds he is always in the mood to drink it. The Pirates of The Caribbean actor went on to mention his preference for other wines such as Petrus and Chateau Cheval-Blanc.

Sarah Paulson’s love for Pinot Noir wine is as great as her passion for acting. The 12 Years A Slave actress is also known to enjoy Layer Cake and Montepulciano brand wines.

During the debut of a popular movie in New York, Elizabeth Banks recommended the Sancerre wine brand. Since trying it, it has become her favourite wine. Banks went on to say that anytime she sees it on a wine menu, she orders it. It is truly her favorite go-to wine.

Michael Sheen, The Masters of Sex” star actor prefers Italian wines to other countries and regions. This is surprising given his Welsh heritage. Sheen has previously declared his love for the Barolo brand of wines. This particular brand, made from Nebbiolo grapes in the Piedmont region of Italy, is considered one of the best wines in the world. If you’d like to try Sheen’s favorite wine, try a bottle of Mauro Molino Barolo for a robust, delicious Italian red. At only $35, it’s an amazing bargain.

Richard Gere is a mega star. One of his most iconic roles is in Pretty Woman, alongside Julia Roberts. Gere has made his great affection for wine well known. He has professed to loving Italian wines. The Chicago actor has previously stated that Brunello di Montalcino is his favorite wine.

At the Golden Globe awards, when asked about his favourite wine, Michael Douglas gushed about his love for Spanish wines. The legendary actor professed his affection for the amazing Spanish Tempranillo as his favorite.

Aaron Paul, star of the popular series Breaking Bad alongside Bryan Cranston admitted he only drinks red wines. The humble actor admitted he is not the most knowledgeable about wine, saying only that he enjoys rich red wines, but did not go into further detail. We know many of his fans would love to take Paul out for a bottle and pick his brain while teaching him about wine.

At a rooftop pool party in Manhattan organized by Perrier-Jouët, Actress Ali Larter discussed her favorite brand of wine with a party-goer. In her words “Perrier-Jouët Belle Époque rosé is so divine”. She also mentioned enjoying the “Chartreuse V.E.P” from France, as well as Pomerols.

Actress Amy Smart is huge self-admitted fan of Pinot Noir. This was confirmed by her husband Carter Oosterhouse at an event at the Art of Elysium. Pinot Noir is a favorite among many celebrities.

Jacki Weaver is a veteran actress and former winemaker. When asked about her favorite wines during an event for Australian filmmakers, Weaver preached her love for American Chardonnays, especially Kendall Jackson Chardonnay. She also mentioned that she would rather drink grapefruit juice than Sauvignon Blanc.

Our favorite celebrities love wine. Check out SecondBottles article on Celebrity Wines! Celebrities that own wineries!

Collecting wines can be a hobby, investment, or source of enjoyment! These 10 wines are some of the most collectible on earth!

These wines have incredible price-tags, they are collectible and more! Learn about these amazing wines today!