There is nothing more satisfying than the sound of popping open a bottle. Corks maintain the quality of a wine, even over a period of many years. What’s more, cork is immune to the detrimental effects of liquid and gases. Corked Wine is irreplaceable! 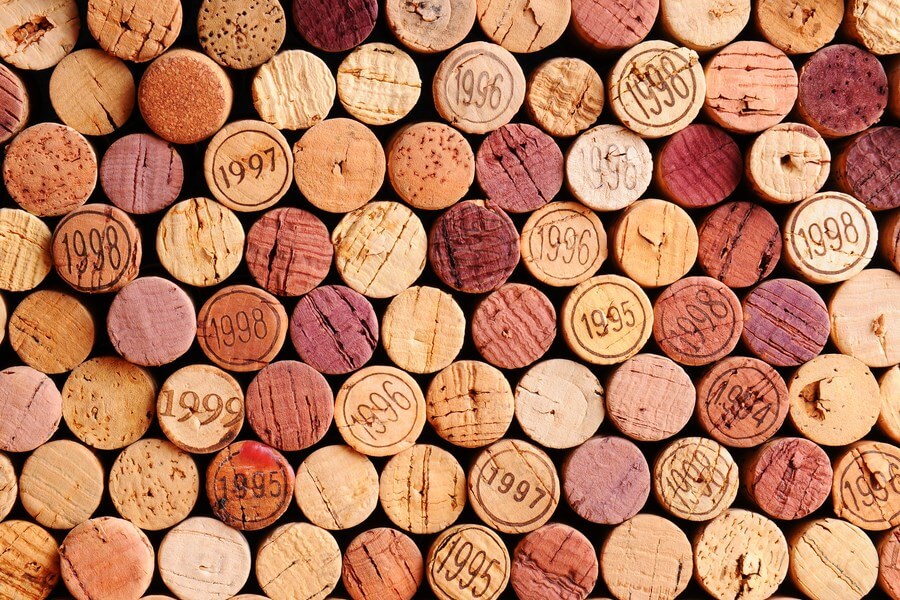 It’s a perfect way to seal up a bottle of wine to ensure it lasts. Today, corked wine is taken for granted as something that has always been. Corks for wine bottles were not used until the 18th century. In fact, corked wine could not become what we know and love today until glassblowers could shape the finish of the bottle narrowly enough for to be airtight.

Mankind has been using corks since the days of ancient Egypt. Remnants of cork stoppers found in Egyptian tombs highlight just how far into the past cork usage goes, and it’s usefulness. That usefulness spanned centuries. Cork history includes use as buoys for ancient Mediterranean fishing nets and boats. Ancient Greeks used cork in their sandals because it acts as a natural shock absorber. The Romans had plenty of uses for cork as well, including construction material, beehives, and floatation devices.

The usage of corks in wine did not become common practice until the late 1600s. Prior to that, winemakers used glass as a sealer. Corked wine came into being when it became possible to create glass bottles of unvarying design. Furthermore, glassblowing became more refined as the finish of the bottles could be made narrow enough. This allowed an airtight finish, allowing wine to age, and quality to not only remain but improve. Consumers also preferred cork stoppers because glass stoppers were difficult to remove, often resulting in a broken bottle. Even more desirable was the fact that cork stoppers slowed the oxidation of wine. As a result, the corked wine aged better than wine that had a glass or cloth stopper.

Cork actually comes from the bark of a type of oak tree known as Quercus suber. The trees are not properly viable for cork production until they are between 15 to 25 years of age. Once grown, the bark is stripped from the trees. This harvesting process does not injure the trees. The bark regrows and continues its growth after harvest. It can take a period of a decade before a cork tree is ready for another harvest. Consequently, cork harvesting is a precarious and organized process. Trees are carefully marked and accounted for. Each tree an investment for the future of the companies and farmers that tend to them.

Italy, France, Portugal, Spain, and North Africa hold the majority of the world’s cork tree (Quercus Suber) forests. The forests cover an incredible 5.4 million acres. Fifty-six percent of that land resides in both Spain and Portugal.

Check out the amazing and interesting history of wine!

The boiling disinfects, cleans, and softens the cork, furthering its refining process in becoming a stopper for a wine bottle.

Harvested cork needs to dry before the production process can begin.  Harvested cork is placed on pallets, upon concrete floors. This method of storage assures little-to-no contamination of the cork itself. In this stage, the cork is dried. After the cork is properly dried, and treated, it is boiled in huge tanks. Furthermore, this is a crucial process! The boiling disinfects, cleans, and softens the cork, furthering its refining process in becoming a stopper for a wine bottle.

After boiling, the next step is to cut down the cork planks to a manageable size. Workers sort the planks into two types. “High end” corks come from planks that workers manually punch corks out of. The other type of plank makes technical corks. A machine punches these out. After finishing the corks, workers grind up the leftover remainders and then glue them together to form agglomerate cork. Workers manually sort top grade corks from lower grade corks. Top grade corks cost as much as a Euro or more (depending on market value) each.

Planks too thin for corks make cork discs, often used for champagne. Workers also glue these discs to the bottom of regular corks and corks made of the agglomerate. The next step is to boil the corks again to clean and sterilize. Some manufacturers coat the corks in a light layer of wax to ensure additional quality control for corked wine.

The final step in cork production is quality control. In order to ensure that there are no contaminants, thorough testing occurs. An ideal cork is one with minimal contamination because it will not taint the wine. An ideal cork is one that allows less than one milligram of oxygen to enter the bottle on a yearly basis. This is the precise amount of air needed to eradicate the sulfites added to keep the wine fresh during the bottling process. Therefore, another part of quality control in cork production is to make certain the corks don’t allow too much or too little oxygen into the bottle.

Cork is the world’s most popular type of wine stopper because of its many useful qualities. Corked wine ages and matures better than wines sealed with another kind of material. This makes it an invaluable asset for any winemaker. Like wine itself, cork and corked wine have a long and interesting history. Together, they have created the perfect harmony of modern wine bottling we know and enjoy today.