The Grape vine plant is a kind of perennial shrubbery. One of the most widely cultivated plants in the world. The fruits of the plant, grapes are used in food and also are processed for raisins, grape juice, wine, jam, and various non-alcoholic drinks including wine vinegar. 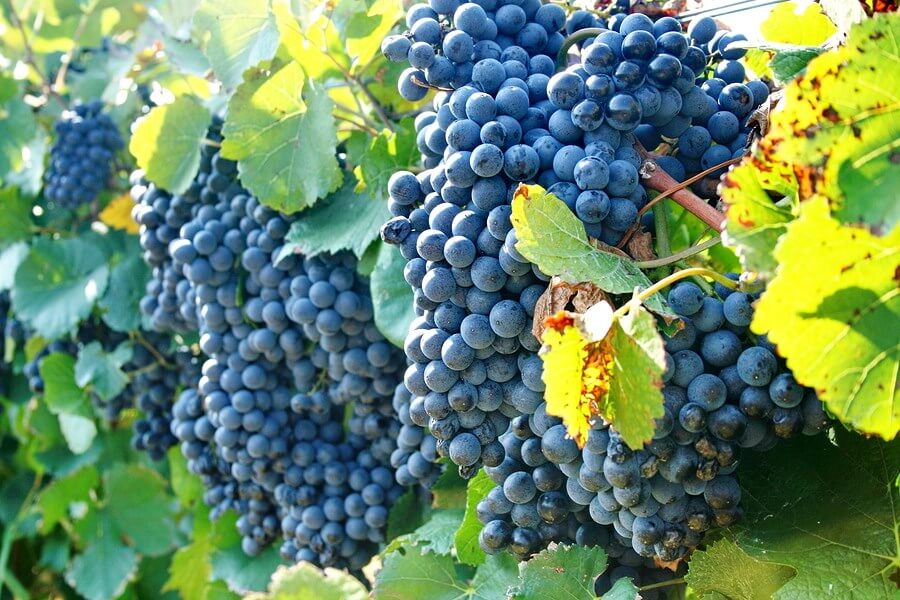 From the grape seeds, oil is squeezed out, and the grape leaf is used for making dolma, rolls and other stuffed dishes. Through alcohol fermentation from the grapes juice, wines are obtained, and through distillation, various hard-liquors; brandy, cognac, Armagnac, grappa, Rakia, and cha-cha among them. Currently, there are approximately 10,000 different grapes species. For comparison, all other fruit crops taken together will reach a maximum of 6,000 species. According to the properties of berries and the primary use of the obtained products, commercially cultivated grapes can be divided into:

Wine is the product of technical (wine) grape species, which occupy most of the world’s vineyards. Technical grape species should accumulate sugar well and have a moderate decrease in acidity. The European grape species Vitis vinifera are used to make wines such as Cabernet Sauvignon, Riesling, Chardonnay, and Shiraz.

Origin Of The Grape Vine Plant:

Scientists have found that modern grape species occurred from the wild Eurasian Forest Grapes, which grows throughout the northern coast of the Mediterranean Sea and further to the east, up to the southern coast of the Caspian Sea. The homeland of wine making is the Ancient Middle East. Wine making and domestic grape cultivation date back 8,000 years, with archaeological evidence found in modern day Georgia. In Egypt, Babylon and Assyria, archaeologists confirmed the cultivation, processing, and consumption of grapes in 6000-8000 years BC. Furthermore, grape cultivation extended to northern regions of Europe, and soon reached all continents, with the exception of Antarctica.

Grape skins are important to not only the grape, but the plant as well.

Description and lifecycle Of The Grape Vine Plant:

The Grape vine plant is a kind of perennial shrubbery with one-year long shoots, and a strong root system.  Grown on trellis, the shoots wrap around the supports. In favorable conditions, the grape vines reach 30-40 meters long. Flowers and subsequent fruit develop on new shoots called canes. Flowers are limited in growth, stems of grapes that form compound panicles (brushes), are combined from 100 to 2000 flowers. As it grows, it forms into a bunch or cluster of grapes. The fruits of the vines − juicy berries with 1-4 small seeds (in some species seeds are absent) − are collected in clusters (from 15 to 300 berries), which vary significantly in shape and color: they can be green, pink, yellow, dark red, black-violet, often with a waxy scurf.

Modern cultivated grapes differ from wild ones. It is a wind-spreading, insect-polluted and self-pollinating plant. In the wild, vines mainly reproduce via seeds. For cultivation, the vegetative propagation (grafts and cuttings) are applied. The period of full fruiting for grapes on average continues for 50-60 years or even more. Until 1863 (before the appearance of the phylloxera pest in Europe) there were 130-150 year old grape vines.

Divided into very early, early, medium, medium late, and very late; grapes are classified. How many days (from 105 to more than 140) pass from the bud opening till the full maturity of the berries, is key.

Four types of factors that affect the quality of grapes:

The wine plant flourishes in many climates, producing differing grapes and flavors as a result. In fact, the plant can grow and bear fruit in the northern regions of the globe. For example, Russia, Norway, Scotland and Sweden  successfully grow and produce wine. Select American species such as “Kay Gray” and “Kee-wan-din” can withstand frosts up to -37 ° C. However, the majority of the world’s premium wine production takes place between the 30th and 50th parallel of the northern and southern hemispheres, in the Mediterranean, the maritime, and in the continental climates.

What you drink wine out of does matter! Learn the in's and out's of wine glasses and their uses!

Wine bottles, like glasses, are specifically and perfectly designed to do their job. Learn about them today!

Grape Skins: The Importance In Wine

Grape skins are crucial to wine, used for coloring and many more reasons! Learn more!