For far too long, Spanish wineries were defined only by deep and robust reds. However, over the past half-century, Spain has flourished in the production of white wines. 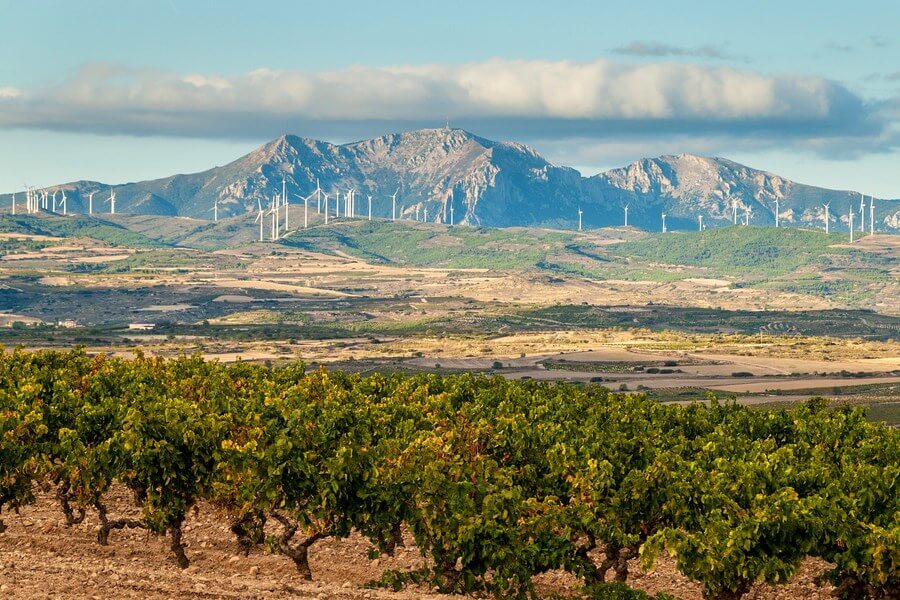 In modern Spain, there are hundreds of amazing Spanish wineries. This is great news for international jet-setters who have a love of wine, and want to explore the Spanish countryside.

The numerous wine regions within Spain are host to a variety of climates and soil types in which grapes will grow. From temperate La Rioja to the steep slopes of Priorat, there are eight identified wine growing regions in Spain. From the white grapes that create the best champagne to the robust, rich reds Spain’s long been known for, there’s something for every wine connoisseur.

Next time business or personal travels bring one to the Spanish countryside, eyes should be turned toward the vineyards. No matter where a person goes, they’ll find one or two or seven practically within throwing distance. Below are the most famed and the most acclaimed Spanish wineries that are still in operation.

First, there is nothing better than Rioja grown and produced at the very heart of the La Rioja region of Spain. Finca Valpiedra has some of the wine-savviest minds in the country, and it shows. This family-operated, single-estate winery has been in the wine game since 1889. It is also a member of the exclusive Grandes Pagos de Espana group. This group includes 27 Spanish wineries, all of which are single-estate. None have left quite the impression on the craftsmanship behind Rioja as this Finca Valpiedra.

There are two different kinds of tours at Finca Valpiedra. The first is a tour and picnic on the bank of the Ebro River. The second is a tour of the facility and its vineyards. Amazing tapas, perfectly paired with the amazing wines of Finca Valpiedra. Delectable wine in addition to world-class tapas? Sign me up! If you have three and a half hours to spare on your trip, don’t sleep on Finca Valpiedra’s incredible wine tours.

With this in mind, visitors enjoy Cabernet Sauvignon, Garnacha, Carinena, Albarino, Sauvignon Blanc, Tempranillo, and Chardonnay. Grown and cared for by the Torres family, these beautiful grapes are in excellent hands.

From the first sip, it’s easy to see what all the fuss is about. Stop in at this winery, just 40 minutes from Barcelona, to enjoy Spanish wines as any wine enthusiast should. Wine tours, tastings, pairings and more await inside this internationally-acclaimed winery. As well, there are more than twenty activities on the roster. Moreover, Some wines are seasonal and some are not, including privatized visits!

Known for Sherry and Rioja, Bodegas Torres continues this tradition and more. Bodegas Torres’ vineyards boast a wide variety. With this in mind, visitors enjoy Cabernet Sauvignon, Garnacha, Carinena, Albarino, Sauvignon Blanc, Tempranillo, and Chardonnay. Grown and cared for by the Torres family, these beautiful grapes are in excellent hands.

This Priorat winery creates its signature Clos de l’Obac. This is a robust red made from a mixture of five different grapes, so as to create an entirely unique flavor. Ever since the 1970s, the family behind this operation have been experimenting with viticulture in the area and it’s paid off tremendously ever since. The combination of climate, millennia-old soil and traditional wine-crafting methods makes for a powerful red that has taken Spain by storm.

Rioja wines are no longer the sole defining Spanish wine. Thousands of wineries dapple the hilly and coastal landscapes of this sun-drenched country and all of them have their own claim to fame. The three above are truly in a classification of their own, however. They have reshaped what wine means in Spain, redefined what makes a great red, and brought that knowledge to the rest of the country.

First, any trip to Spain would be lacking without a wine tour including any of these three spots. Second, on these winery grounds, wine is serious business. In addition, these wineries, many family-operated, know their stuff and want to impart that knowledge to their guests. Ultimately, Don’t let yourself miss out on a chance to have an authentic Spanish wine experience.

Spain produces some of the best wines on the planet. Check out the best Spanish wines today!