Famous due to its distinct flavor profiles and pleasing acidity, many people call Madeira wine their favorite. 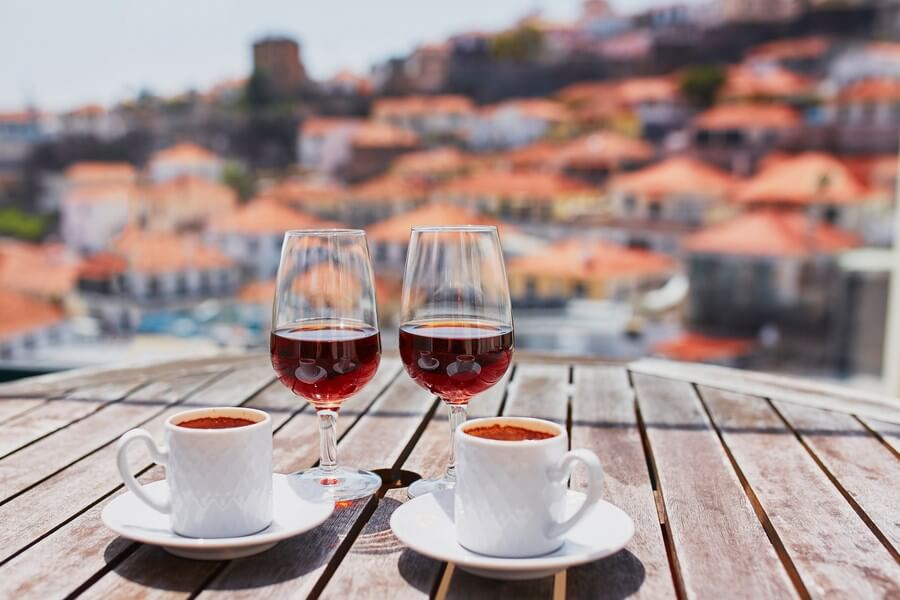 It’s one of the most unique wines in the world, owing mainly to its slow, heated maturation process. Madeira wine is also unique due to its rich and fascinating history. First achieving true popularity 200 years ago, the changes made to it reflect the events surrounding its evolution. The developments made throughout the centuries of production are an interesting glimpse into the complex histories that all wines share.

The Origins Of Madeira Wine

Madeira wine originated on an island discovered by the Portuguese in 1419. They named the heavily forested island “Madeira,” which means “wood.” Settlers arrived in 1425 to start the process of colonization, which included burning large swaths of forest. This consequently exposed very fertile soil. Shortly thereafter, the settlers constructed terraces on the island’s steep slopes. In 1450, the Portuguese Duke known as “Enrique el Navegante” (Prince Henry the Navigator) visited Madeira. He decided the island was a suitable place to grow vines for wine grapes.

The first grapes grown on Madeira were Malvasia di Candia, a variety still grown today. The high sugar content of these grapes made them a primary choice for sweet wines. In 1455, the island’s winemakers created the first quality Madeira wine.It did not become an export item at first due to the high demand for sugar, which the island also provided in abundance.

Portugal continued to expand its explorations, leading to the discovery that Brazil held cheaper sugar possibilities. Because of competitive sugar prices, Madeira island farmers started to export wine as well. They began exportation in earnest in the late 1500s.

Madeira’s location placed it within the Atlantic shipping lanes. As a result, the island’s capital, Funchal, became a port of call for the many English, Portuguese, and American ships travelling those routes. Ships that harbored in Funchal’s port often took on large quantities of Madeira wine. By the 1700s, it was the only wine consumed by the West Indie and British American colonies. The Americans in particular favored the wine. Over time America became one of the largest buyers, purchasing nearly a quarter of all the island’s wine.

Check out these delicious Madeira Cocktails!

Madeira wine sauces, which go well with mushrooms and chicken, are among the most common uses for the wine.

Originally unfortified wine similar to sherry and port, it eventually became necessary to fortify Madeira wine. Shipped long distances by the English and the Portuguese, the wine’s exposure to oxygen and heat during these long trips fundamentally altered it. To combat this, winemakers and wine merchants started adding additional alcohol (greater than 15 percent) in the forms of fermented cane. However, the fermented cane altered the taste of the wine. Winemakers then switched exclusively to grape distillate to fortify the wine. Today’s Madeira wines contain up to 17 percent alcohol, though some varieties have a higher percentage.

Growing Demand for Madeira Wine
Word of the wine’s popularity in the British American colonies eventually spread to Britain. As a result, it became quite popular there as well. British officers asked for fifteen bottles per month as a part of their service. Women used it to scent their handkerchiefs because of its pleasing aroma. People also used it as a type of medicine, claiming that it benefitted stressed, elderly, or sick people. Due to this, it earned the term “milk of the old.”

Disaster in the 19th Century

The importation of American vines resulted in disaster because it led to the introduction of vine blights and diseases. In 1851, oidium (also known as powdery mildew), a fungal spore, spread throughout the island’s grapes and ruined them. Applying a solution of sulphur and copper to the vine leaves stopped the mildew. However, the discovery came too late with most of the island’s wine production already halted.

More than twenty years later, disaster struck the island again. This time it arrived in the form of phylloxera vastatrix, a louse that destroyed the roots of the grape vines. The louse devastated nearly six thousand acres of Madeira’s vines. The islanders started using imported pest-resistant American and European vines to fight the problem. Once the winemakers resolved the louse problem, only about twenty percent of all vines on the island remained original Madeiran.

New Uses in the 20th Century

In the 20th century, Madeira winemakers begin using the Tinta Negra Mole grape. The switch to these grapes lead to the discovery of the wine’s cooking properties. Madeira wine sauces, which go well with mushrooms and chicken, are among the most commonly made with the wine.

Many people do not consider cooking wine to be “quality” wine. However, quality Madeira wine brands do still exist and are easy to find in most liquor stores.

The long history of this wine is a fascinating one and speaks to its qualities in remaining so popular for so long. With its versatile range from dry to sweet and its rich, unique flavor profiles, it’s not hard to understand why it is still in demand after all this time.

Vermouth is amazing in more than just cocktails! Learn about this amazing wine!