Macedonia is a small country located on the Balkan Peninsula, that produces high quality wine. Though wines produced there are still largely undiscovered in Europe and the rest of the world. Macedonian wine is a hidden secret to be discovered. 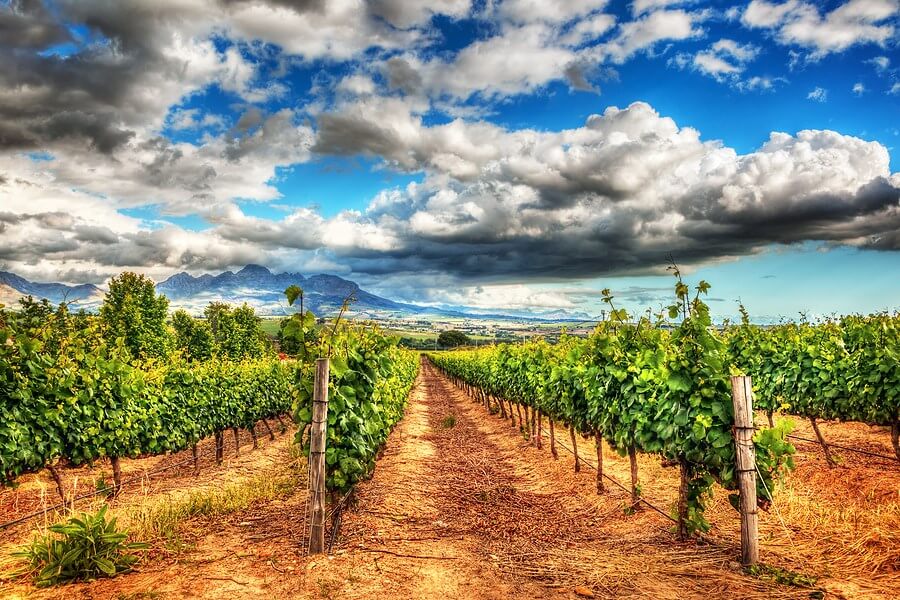 This country is known as the birthplace of The Saint Mother Teresa, and Alexander the great. However, it is a wine paradise. In fact, there are many large wineries, and a plethora of lesser known, small noncommercial wineries.

The first is Povardarie. Povardarie, is a central region in Macedonia, around the towns of Veles, Negotino, Kavadarci, Demir Kapija, Gevgelija and Valandovo. The word “Povardarie” literally means “by the river Vardar”. Here, many unique grapes can be found. For example, white grapes such as Smederevka and Temjanika grow in abundance. As well, the red grapes varieties Kratoshia and Vranec are also found. The climate is perfect for the vineyards, it’s often sunny and the wines tend to be are sweet and delicious.

Macedonian wines may soon top the lists of popular wines for every wine drinker!

An award winning wine for under $10, this wine has received Bronze by Decanter in 2013, and Bronze at the Hong Kong International Wine & Spirit competition in 2014.

Pchinja-Osogovo, is the eastern region. Located near the border with Bulgaria near the towns of Kumanovo and Kratovo, and the small sub-region of Pijanec. Here, the climate is colder than in Povardarie. Furthermore, the vines are grown on the beautiful mountain slopes. The common red grapes found here are Cabernet Sauvignon, Pinot Noir and Vranec. The white grapes including Riesling, Sauvignon Blanc and Muscat Ottonel.

The third and final wine region we will cover is Pelagonija-Polog in western Macedonia. Pelagonija-Polog is cool and humid during the winter, while hot and dry during the summer. The Pelagonija-Polog region includes the towns of Bitola, Prilep, Ohrid, Prespa, Kichevo and Tetovo. The most common red grapes are Cabernet Sauvignon, Merlot, Vranec and Pinot Noir. Alternatively, whites such as Riesling, Chardonnay, Smederevka and Sauvignon Blanc are also prominent.

The oldest and the most popular winery is Tikvesh, with a long tradition of crafting the most renowned Macedonian wine. In operation for more than 120 years, they are always learning, adapting and investing in the new technologies. Consequently, Tikvesh produces more than 50 different wines, such as Alexandria Cuvee and T’ga za Jug.

Inspired by a beautiful piece of poetry, T’ga za Jug is an equally amazing wine. “T’ga za jug” by Konstantin Miladinov, who was a prisoner in a Russian jail. Sick, alone, and nostalgic for his homeland of  Macedonia, composed this amazing poem; the wine named after it is just as beautifully composed. An award winning wine for under $10, this wine has received Bronze by Decanter in 2013, and Bronze at the Hong Kong International Wine & Spirit competition in 2014. With hints of the bold blackberries and sour cherries that dot the Macedonian countryside, with notes of vanilla, and mint. Tikvesh is truly a gift of Macedonia, it is apparent why Konstantin Miladinov missed his homeland so.

Stobi winery is also located in the Tikvesh region, near the old city of Stobi. In fact, Stobi produce more than 25 wines in their product portfolio, including Smederevka, Temjanika, Muscat Ottonel, Italian Riesling and Chardonnay (whites), and Vranec, Merlot, Cabernet franc, Cabernet Sauvignon and Pinot Noir (reds). They have a truly amazing variety of wines to offer, making many traditional and uniquely Macedonian wines.

Founded in 1979, Skovin winery has produced amazing wines for nearly 30 years. They produce wine that comes from the grapes from the vineyards around Skopje, the capital of the Republic of Macedonia. In fact, the premium wines produced there are amazing. Skovin winery is the best choice for a wine tour and tasting. Not only does Skovin wine awards, the winery produces more than 45 wines, each with different flavors, and price ranges, too. They truly have something for every wine lover on any budget. Skovin is perfectly situated to produce unique wines due to the winery’s Location on the southern slopes of the Vodno mountain. Notably, Skovin produces more than 17 million liters of wine a year,  Their location is nearly 500 meters above sea level, creating a beautiful atmosphere for their varieties of grapes to flourish, gathering sugars and developing amazing flavors.

Founded in 2004, Kamnik winery is a staple of the Macedonian wine scene. Furthermore, in hopes of striking a core with Macedonian locals, Kamnik winery combines both tradition and technology within their process of wine making. Their wines are popular in Macedonia. However, they are available and drunk in America, Japan and France as well.

First, the Mediterranean climate comes to Macedonia with a little help from the river Vardar, which subsequently empties in the Aegean Sea in Greece. For this reason, the Povardarie region is the most popular when it comes to winemaking. In the rest of the country, the climate is mild, more continental. New Macedonian wineries are constantly emerging, they are utilizing amazing new production technologies, and learning new tricks of the trade. These together are making their beautiful traditional wines even better.

First, the winery has won many local Macedonian wine awards for several years in a row, growing to be one of the largest and most recognized in the country. Secondly, winning awards for their gorgeous wines from 2001-2005, in the first few years of business; they cemented their place in the European wine market.

Furthermore, in a competition among top European wines, Food and Wine Fair in the year 2000, Bovin’s sumptuous Pinot Noir took the top prize among more than 600 wines from the top wine producing countries on the planet. Their immediate success is no coincidence. The care and love put into every bottle of wine have led to rapid expansion. Today, Bovin has to capacity to produce over 1.5 million bottles of wine per year; an amazing feat for a Macedonian winery!

The wines produced at Bovin give you a taste of Macedonia itself. Amazingly, from dinner and dessert wines to bottles, you will want to finish yourself after the first taste; the brothers Bogevski have helped put Macedonian wine on the map.

In the end, with beautiful hotels nearby, this is one winery you cannot afford to miss while in Macedonia!

The wine scene in Macedonia is continuously growing. The Macedonian people have kept the secret of their wineries well. They know how to grow, produce, develop and enjoy amazing wines. An incredibly proud people, it is no wonder why their wines are a source of this pride.  Macedonia will one day be a wine producing giant.

Argentina produces amazing wines, most famous for Malbec. Amazing wine hot-spots can be found all over Buenos Aires. These are some of our favorite!