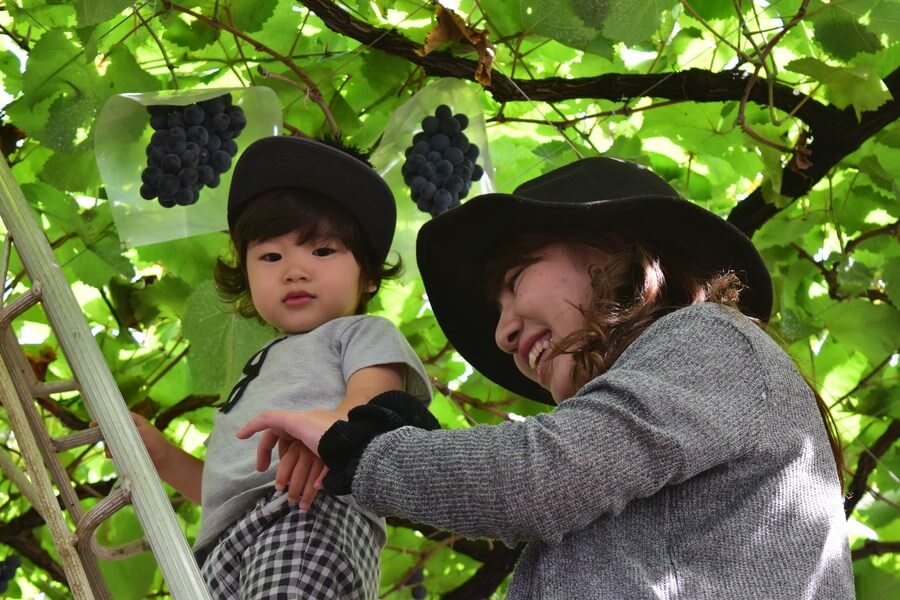 Viticulture and the cultivation of grapes for consumption at the table have a long history in Japan. However, domestic wine production with locally sourced grapes only began with the adoption of Western culture. Western culture has had a great influence in countries like Japan. Fast forward to today, Japanese citizens consumed 365,000 kiloliters of wine this past year. Yet, only 26,400 kiloliters came from their own, locally sourced grapes.

The main Japanese wine region is Yamanashi Prefecture and it accounts for 40% of domestic wine production. Grapes and wine grow in lesser quantities here by winemakers from Hokkaido, Miyazaki Prefecture, and Kyushu. Grape-growing in Japan began in 718 A.D. in Katsunuma, Yamanashi Prefecture.

Wine consumption was finally documented in the 16th century with the arrival of Jesuit missionaries from Portugal. The taste for wine in Japan only grew after this, leading to a huge import of wines from all over the world. This was due in large part to the fact that missionaries gave the gift of wine to the feudal lords of Kyushu. Below are some of the top Japanese wineries in the country. These Japanese wineries are especially great for a one-day road trip.

Learn more about the History Of Japanese Rice Wine!

Kenzo Tsujimoto started out as the founder of the popular video game company Capcom.

Located just at the foothills of Mount Fuji, the vineyards of Yamanashi are quite beautiful. Mount Fuji is a World Heritage site that is quite majestic and magical to the eyes. Around 1,0000 years ago, the Koshu grape began growing and making its way along the Silk Route. Shortly thereafter, it found its new home in the Prefecture of Yamanashi. Established in 2009, Koshu of Japan is a relatively new winery. Their main goal is to improve the quality of the Koshu grape, producing only high-quality wine for the masses. Through the efforts of the owners of Koshu, the Koshu grape retains attention from wine fans everywhere. Especially in international markets.

Kenzo Tsujimoto started out as the founder of the popular video game company Capcom. During his years at Capcom, he fell in love with Napa Valley and Asian wines. Japanese wines are grown in Napa Valley as well as in Japan thanks to Tsujimoto. After the historic Judgement of Paris in 1976, Napa Valley launched onto the center stage so to speak. Tsujimoto spent multiple decades searching for the right terrain in which to plant vines. He ended up relocating to an untamed mountain region in Napa Valley. Now his grapes grow in the southeast corner of Napa Valley, titled Wild Horse Valley.

The growing of these grapes began in 1998. It was in this year that Kenzo Tsujimoto established his plan for long-term development. During this time, he began educating himself on viticulture and winemaking. He also started making friends with the local vintners like the late Robert Mondavi. Kenzo then began exploring the rolling hills of his new mountainous estate. He ended up choosing a small hilly area spanning one hundred acres right by Leoma Lakes. He chose this area to begin growing grapes due to the amount of water and the beneficial soil here. In 1999 Tsujimoto’s estate was ready for planting. It was then that he welcomed the first rootstocks of different Bordeaux varieties.

A visit to Kenzo Estates guarantees a warm and welcoming experience. Upon arrival, you get a welcome toast with the owner with a little Sauvignon Blanc. This Sauvignon Blanc is a signature of their Japanese wines known as Asatsuyu. Then you will walk a short length along a beautiful path to the winery and fermentation locations. Learn about winemaking techniques and go back to the lounge for a wine tasting featuring many Asian wines and Japanese wines.

Japan is a relatively new influence in the winemaking world. However, they are quickly becoming a force to watch. With up and coming wineries popping up all over the place, there are many Japanese wines and Asian wines to give a fair shot. Whether you are looking to visit Japan itself or you are looking to remain in the US—you can find Japanese wineries all over the world.

Plum wine is incredibly unique, from flavor, mouthfeel, aromas, and more! Learn about this amazing wine and try it today!