Recently, following the boom of Japanese sake, the popularity of the Japanese plum wine Umeshu is gaining motion. 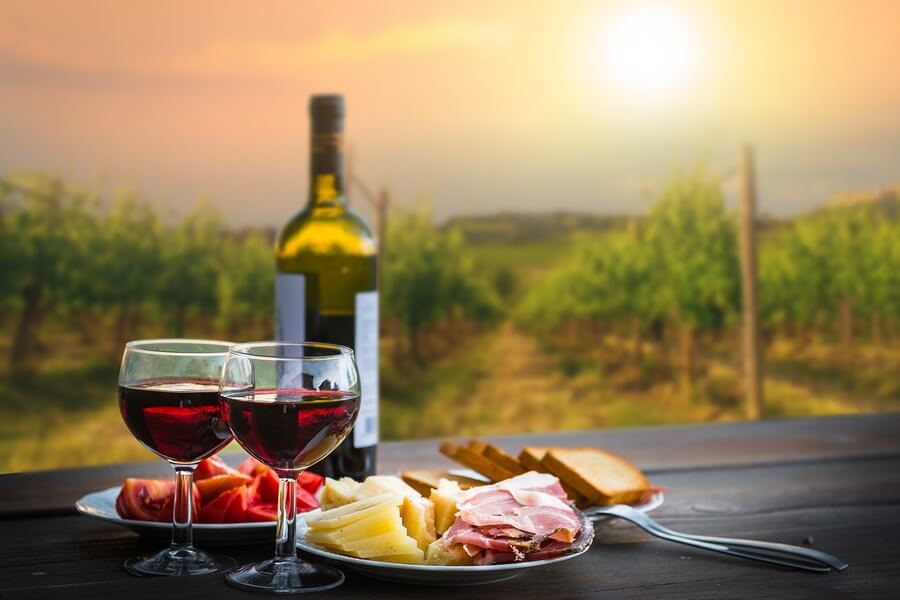 Umeshu, which is very popular in Japan and Korea, is also produced in China, where it is called “Meijiu.” This light, astringent wine, as a rule, has a sweet, but the not cloying taste and a fruity with sourness aroma that enhances appetite. This fragrant alcoholic drink with a thousand-year history is mainly in favor among young people who do not drink strong alcoholic beverages. Served for snacks or light meals as an aperitif or digestive.

From The Depths Of Centuries

Brought to Japan from Ancient China Two thousand years ago, Ume plum define plum wine. The fruit of this tree is rich in valuable minerals, trace elements, fruit acids. The Japanese believe that Ume plum can enlighten the mind, to restore lost strength, to fill with vital energy and to improve sleep. Not only wine is prepared, but also juice, jam, and marinades. The wine recipe was discovered about 450 years ago. Since then this wine has also become a part of the national tradition of the Land of the Rising Sun.

Recipes and features of umeshu

Umeboshi plum ripens very early, in June the harvesting of fruits begins. Umeboshi also refer to apricots. Depending on the wine production technology, the color, aroma, and taste of umeshu may be different. Primarily, depending on what alcoholic beverage forms the basis. Possibilities are endless, prepared using not only shochu or vodka but also sake and brandy. The technology includes:

To add a red, green or yellow tint and a unique flavor, during the infusion, leaves of perilla (a fragrant plant with red or green leaves growing in Southeast and East Asia), honey or green tea leaves are added. The preparation time starts from one year because the plum itself contains a lot of tannins and gives them to alcohol slowly, so it is necessary for the full disclosure of the aroma bouquet. Due to the excessive content of pectin, which makes the flesh of the fruit jelly-like, plum fruits are considered inert. For this reason, on the shelves of supermarkets, you cannot find pure plum juice.

Plum wine needs the addition of a significant amount of sugar to stimulate fermentation. If you do not put sugar, then the fermentation will proceed very slowly. Plum blossom wines obtained as a result of prolonged fermentation are the most valuable and expensive. Japanese plum wine contains approximately 12% of alcohol and is high in calories: half a glass of this drink gives 6% of the daily requirement for carbohydrates and contains a total of 163 calories. For comparison: the same amount of red or white wine accounts for about 100 calories. Therefore, if you care about your figure, this is not the best choice.

Plum wines take longer to turn to vinegar or spoil!

Chinese Umeshu has a more profound and diverse taste. Here it is necessary to step aside and explain the difference in the cooking approaches of these two nations. The Japanese prefer pure, constant flavors in everything. While Chinese chefs often compete in the “disguise” of the dish; the less it looks like the original, the higher is the skill. This approach is also applied to the wine production. After insisting, the wine is filtered and diluted with fresh plum juice and left for another five years. Next, the procedure is repeated.

The resulting plum wine contains about 20% alcohol. Before bottling, the strength is reduced to 12 vol. by diluting the freshly squeezed juice of the plum fruit of the same variety. As a result of all these significant manipulations, it turns out to be truly magnificent. Sweet and tart at the same time, with a rich floral and fruity aroma and a gentle aftertaste.

Plum wines become a harmonious addition to sweet or cool desserts, as well as light dishes. Combined with sushi, added to coffee, used for making cocktails and ice cream.

Previously, foreigners did not know about Umeshu. From the 17th century, homemade winemakers improved the taste qualities of the traditional recipe with various additives and ingredients, which resulted in a new “corporate” recipe of the owner of the house. In general, in Japan, there are two hundred and ten brands, more than three hundred private brands of this drink, but even more home-made recipes.

“Kishu Wine,” “Gekeikan” and “Takara Shuzo,” rank among the top brands. “Fu-Ki” is one of, if not the best known and rated brand. Preparing Fu-Ki utilizes a unique method, more than one hundred years old. Collecting ume at dawn, and processing them the same day. Ready wine preserves dewy freshness, thus differs from many other varieties of umeshu. Also, some varieties are produced with the addition of grapes and other fruit flavors. The company “Nakano Bi Si” has developed cocktails with umeshu, the product in which, thanks to the high level of development of the Institute of Nutrition Science, approximately 30 types of flavors are added: green tea, zanthoxylum, blueberry, strawberry, yuzu, ginger, etc.

Choya opened its winemaking business in 1914, and its fame is due primarily to the plum aperitif Umeshu. For example, traditional Japanese aperitifs of twelve-year-old with plums inside the bottle: “Choya Umeshu Dento” (with plums inside the bottle) with the addition of Shiso grass and “Choya Umeshu Dento” Herb “with the addition of perilla leaves, as well as natural plum wine” Choya Original “and sparkling” Choya Royal “- a wine of golden color with a greenish tint, prepared from sparkling German wine” Sekt “and plum wine” Choya Plum “.

“Yukihime” is popular among Chinese plum wine. In particular, sophisticated production technologies utilized achieve the amazing and unique flavor. Under specific conditions, plum wine must age in addition of half a year. The preservation of the quality of the final product requires daily mixing to maintain the homogeneity of the mass.

Among the many brands and wine companies that produce plum wine, not all respect their reputation. Unfortunately, fakes from sugar syrup, alcohol and flavors often come across. The main difference, of course, is the cost. Bottling wine at the location of production is key. There should be nothing artificial in the ingredients.