Australian wineries are some of the best in the world. The country, surrounded by both the Indian and Pacific oceans, offers unique soil and weather conditions. Australian winemakers and producers have utilized this to create truly stunning, unique wines. 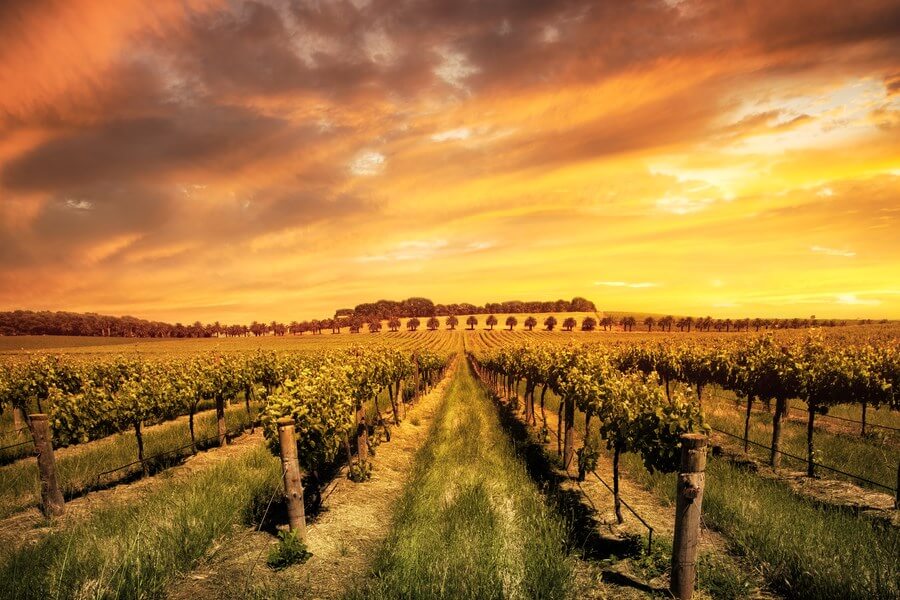 While Australia’s countryside is known for its beautiful wildlife and scenery; it is also renowned for amazing Australian Wineries.

There are many different Australian wine regions within this country that produce various types of wines and differing Australian wineries. Differences in climate, temperature, and other elemental conditions make for a variety of extraordinary wines to try. South Australia, for example, is one of the most influential wine regions in the country. Moreover, It is responsible for the production of many unbelievably popular winemakers worldwide.

Initially established by Johann Gramp in 1847, Jacobs Creek has a deep-rooted history in this area. With that history comes knowledge, and with knowledge comes the expertise and passion that produces exquisite wines. Furthermore, their wines are so well reviewed that their wines are sold worldwide. Located just along the banks of Jacob’s Creek, this was the first vineyard planted by Johann Gramp. In addition, one of the greatest Australian wineries is well-known for their variety of grapes in this region.

Jacobs Creek Australian wines are varied due to the array of grapes cultivated here. Not only do they provide wine tours, but experiences, events, and the like. The tours here not only include top-notch, locally crafted wines, but delicious cuisine as well. This more than memorable Australian wine region boasts an enlightenment of all of guests senses. It is beautiful, welcoming, delectable, and altogether unforgettable.

Penfolds winery is one of those places that is so successful due to the hard work of generations of dreamers. It took a whole lot of learning, experimenting, and innovating to reach the status Penfolds has reached. It opened in 1844 and has remained consistent to this day which is quite the feat for any of the various Australian wineries. They began by producing a line of sherries and other fortified wines. Founded by Dr Christopher and Mary Penfold, they started their famed success by planting vine cuttings direct from their home country.

Around 1870, Mary Penfold was running much of the wine and fruit cultivation. Around this time, she also began creating successful Rieslings and Clarets. After the death of Dr. Penfold, Mary forged forward with the type of strength and determination that is rare in people today. Fast forward to today, they are currently releasing their famed, rare 2004 Kalimna Block Cabernet Sauvignon. This particular wine has proven to be their most innovative project ever.

Australian wine tours such as this are a CANNOT miss. Visiting Penfolds Magill Estate on one- day Australian wineries trips more than lives up to the hype. One of the most exciting things about their tour is the opportunity to actually view the Penfold’s very first vineyard. The location is unique as well as one of the urbanest single vineyards in the country.

When it comes to Australian wineries, Wolf Blass winemaking has been an unbelievable success since it began in 1966. Wolfgang Franz Otto Blass ran away from school and ended up attending a 3-year winemaking apprenticeship. He officially studied Champagne making techniques in France in 1957. He went on to become the youngest person to graduate with a Bachelors in Oenology from Veitschoechheim-Wuerzberg. Shortly after graduation, he moved to the Barossa Valley and established Wolf Blass Wines. Fast forward to 1973 where Wolf released his famous Black Label that would win the 1974 Jimmy Watson Trophy.

New Zealand is famous for its award-winning Sauvignon Blanc. In fact, some wine critics claim it's the world’s finest white wine.