Algerian wines and Algeria itself have played quite the important role in the history of human winemaking! 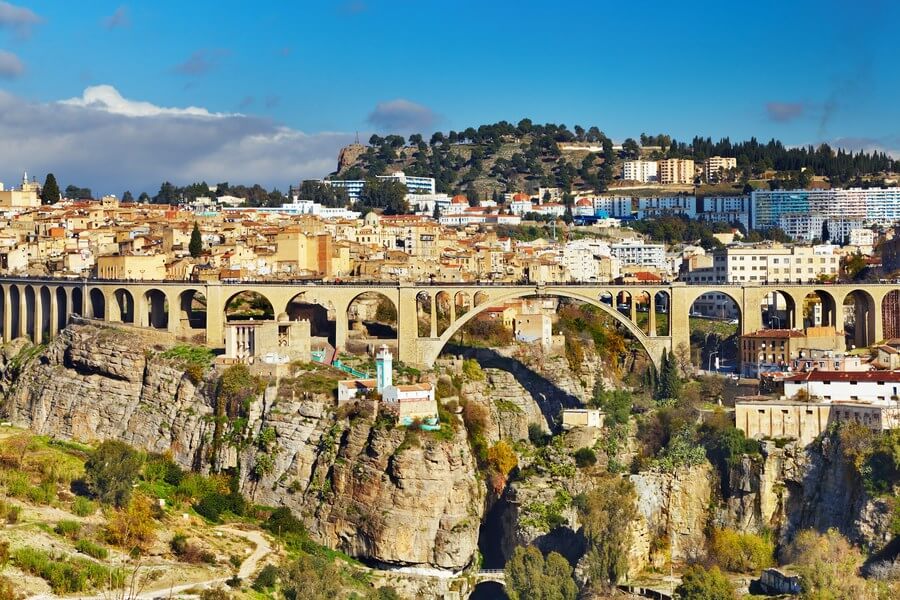 In fact, their role in the history of wine dates back to the settlement of the Phoenicians. It then continued under the rule of the Roman empire. Algerian wine and the wine produced by Morocco and Tunisia made up 2/3 of the international wine trade. The influence of nearby Carthage also played an important role in the production of Algerian wines. Today there are over 70 Algerian wineries in production.

Winemaking in Algeria continued until the Muslim conquests of North Africa during the 7th and 8th centuries. However, when Algeria came under French rule in 1830, vineyards were officially replanted. Algeria went on to suffer another loss due to the Phylloxera epidemic that destroyed all French vineyards in the mid-19th century. Later, an influx of winemakers from Germany brought modern techniques over, helping to increase the quality of Algerian wines. The high-point of Algerian arrived in the 1930’s. During this time over 4,000 miles of land were producing more than 550,000,000 gallons of wine.

Learn More about the amazing history of Wine In The Czech Republic!

With experts in each key area of winemaking and viticulture, this winery is excelling, quickly cultivating an amazing reputation.

The company and winery at Grands Crus De L’Ouest Algerie were founded in 2001. Its founder Mr. Rachid Hamamouche was aiming to produce the highest quality Algerian wines. With this goal in mind, he set off to create a team of passionate individuals and experts. These employees are very passionate about wine, making for one of the most authentic Algerian wineries in the country. With experts in each key area of winemaking and viticulture, this winery is excelling, quickly cultivating an amazing reputation.

When they initially harvested their grapes, the end result was modest but still promising. Their first wines were Saint-Augustin, Koutoubia, and Fleur d’Aboukir. These wines were so well received that they are carried by some of the top chefs in all of Algeria. With a growing reputation, this is one of the few Algerian wine regions that has growers bringing them their grapes for winemaking.

After 2001, their popularity had grown so much that they began opening cellars in all different Algerian wine regions. The continuation of sharing experience and expertise with employees makes all the difference. They even have the complete attention of the SGCO who acknowledges their hard work and excellent Algerian wines. Visit them today to check out their unique winemaking techniques, try a free tasting, and view the cellars themselves. Perhaps their best wine to try is the Saint Augustin Red. It is produced from the vineyards of the Monts du Tessala.

While Algeria and their winemaking were sort of halted in the beginning, they are an up and coming force in the wine industry. In fact, together with two other close countries, they put out 2/3 of the worlds wine outcome. There are many different Algerian wines that are worth a try. For example, Algerian Syrah is infamous in Morocco, Algeria, and Tunisia. While they are still up and comers, Algeria has a lot to offer in the way of wine. The winery above is one of the country’s main wine triumphs. Furthermore, providing guests with a wonderful, unforgettable experience. Explore Algeria today for a unique experience based in wine and the history behind their winemaking.

Africa is an amazing wine destination! Check out these amazing African Wineries for your next vacation!