With each citizen drinking an average of 161 liters of beer per year, the Czech Republic is the undisputed beer capital of the world. Czech wines are just as big! 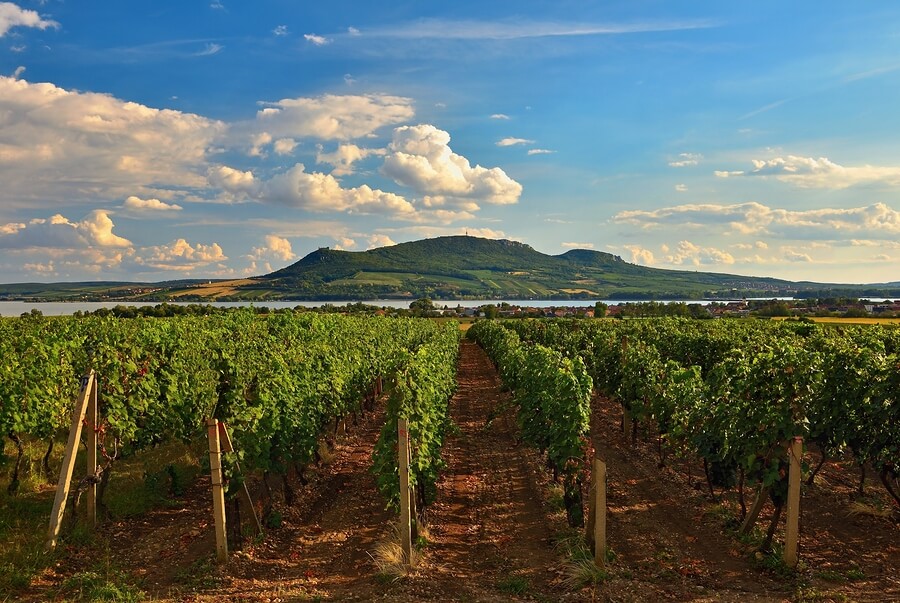 As well as claiming the trophy for highest per capita consumption for over two decades, it’s also the homeland of pilsner and (according to some people) the infamous Budweiser. So, what about Czech wines? Yes, you did hear me right. Despite its beer obsession, the Republic is also home to a burgeoning wine scene.

In eastern Moravia, over 90% of the Czech wine production occurs. Moravian wine making goes back to Roman times. Leafy vineyards are interspersed with pretty historic towns and Napoleonic battlefields. In total the country has over 18,000 wineries. These wineries are quickly carving out an international reputation for stunning wines and gaining recognition from leading wine critics.

2016 was a great year for Czech wines. Seven wines gained gold medals and 18 took home silver at the annual Vinalies competition held in Paris. Surprisingly, Horák winery’s 2015 late harvest rosé made with Cabernet Moravian beat dozens of French rosés to claim the prize of best rosé in the world! A year later, in 2017, Sonberk winery in Moravia to claim the award for Best Dry Aromatic wine at the Decanter World Wine Awards. Their winning white wine from the 2015 vintage was made using the local Pálava grape which is only grown in the Czech Republic and tiny pockets of neighboring Slovakia.

Red wines tend to be a little on the lighter side due to the cool Moravian climate.

Another top winery is Chateau Bzenec in the Slovácko subregion of southern Moravia. Chateau Bzenec regularly wins the Winery of the Year award from the Wine Association of the Czech Republic. An amazing and interesting wine is Ego No 70 Chardonnay 2016. Also awarded a gold medal at the Wine Salon of the Czech Republic 2018. This gorgeous oaky white is a beautiful composition of ripe tropical fruit, citrus notes and toasted hazelnuts.

Czech out these Macedonian wines!

Czech Wines of The Republic

International grapes such as Chardonnay cover the countryside. Proximity and historical connections to Germany and Austria mean that many traditional Czech grapes have links to these countries. Some of the best Czech whites are made with Riesling, which is known locally as Ryzlink Rýnský (try saying that after a few glasses!), Moravian Muscat and Pálava which are all richly aromatic. These whites can be anywhere on the scale from crisp and dry to sweet dessert wines.

Red wines tend to be a little on the lighter side due to the cool Moravian climate. Rouci, used to make elegant Burgundy-style reds is the cousin of Pinot Noir, a great alternative.  Packing a bigger punch is the indigenous black grape Cabernet Moravia. Born of a brief fling between Cabernet Franc and Zweigelt, this easy-going red combines soft fruitiness, spices and subtle herbal notes.

Come fall, though, there is only one wine on most locals’ minds. By Czech tradition, the successful grape harvest and coming cooler weather is celebrated with generous glasses of burčak. Since it’s designed to be drunk young and fresh, Czech law only allows wineries to sell the wine between the 1st of August and the end of November. This unique partially-fermented red wine actually continues fermenting in the bottle so they must be stored very carefully to prevent explosions!