Wine critics taste and appraise wine, based on its flavor and aroma profile. 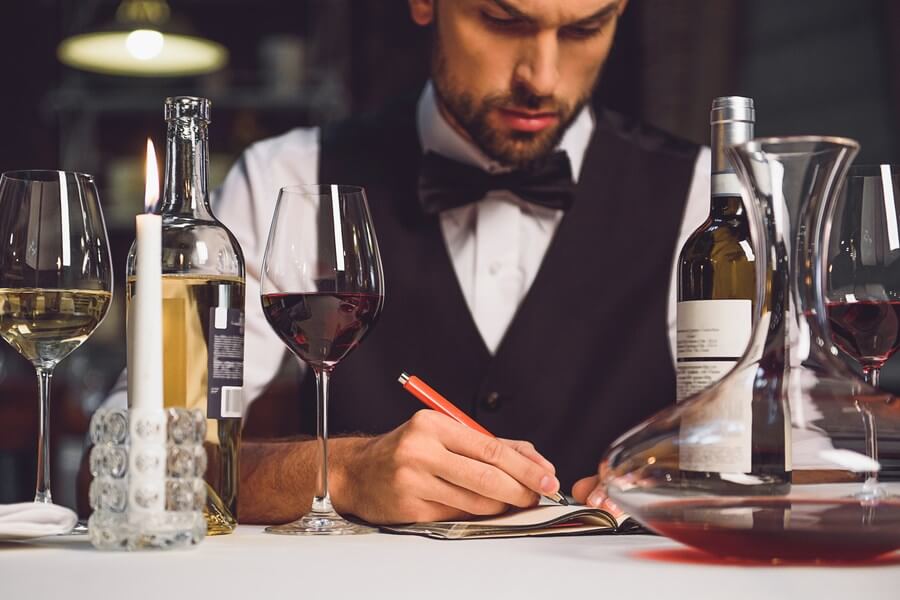 Once assessed, the wine critics rate the wine, either by, awarding points, describing the tasting notes or by combining both.

Wine critics are trained in wine tasting, professionals – free of strong biases and experienced. In fact, most appraise wine on a full-time basis, which makes them efficient and better at tasting wine.

Because of their ratings, both the consumer and wine producer gain in the following ways;

Benefits To The Consumer

Helps You Buy Wine You Enjoy

A wine critic’s job is difficult because, wine is a complicated drink, and people have different palates.  A wine critic performs his role when his recommendations help you find a bottle of wine you enjoy. Usually, this happens when you find a wine critic with a similar palate to yours. A wine critics score can go a long way in affecting popular wines within the industry, and among consumers.

An En Primeur market allows the wine producer to sell wine in barrels a year or 18 months before bottling. Therefore, during this time if the wine gets high ratings from a trusted critic, more people will buy it. Because of the following two advantages;

Reports show that wine production has improved consistently since wine critics joined the industry in the 1970s. The improvement is partly because the producers compete to stand out and earn great reviews from the wine critics. Consequently, the improved wine production techniques have given rise to better quality wine.

A study by Colin Hay between 2004 and 2005 showed the effect of critics rating in price. The results of the study showed a 50% increase in price based on Robert Parker’s ratings alone.

Benefits To Producers and Retailers

When a producer sells his wine in the en primeur market, he gets paid at least 18 months before bottling the wine. Also, the selling price could be higher, depending on the critic’s ratings. In fact, a study by Colin Hay between 2004 and 2005 showed the effect of critics rating in price. The results of the study showed a 50% increase in price based on Robert Parker’s ratings alone.

Trusted wine critics can increase the rate at which people buy wine and the price. Because when wine gets a high score, more people buy it. Therefore, creating a high demand, this results in high costs.

Recently, wine critics have been under a lot of fire. More so, after a study on wine experts, by Frédéric Brochet a French academic. The results show that visual cues, like color and labels, can override the senses of taste and smell in wine critics. This means that wine critics can be fooled.
The first study in 2001, involved 54 wine experts.  They were each given a glass of red and white wine and asked for reviews. The red wine got reviews describing its crushed red fruit, and the white got reviews associated with white wine. What the experts failed to note, was that the “red wine” was a white wine dyed with food color.

The second study in 2005 proves that labels affect wine critics’ perceptions and judgment. Frédéric served the same wine in two different occasions and asked for criticism. At one time he presented the wine as a table wine and two weeks later as a grand cru. The “table wine” got negative reviews with descriptions such as weak, flat and light. And the grand cru had outstanding reviews like a complex and balanced wine. Sadly, the participants failed to recognize they had drunk the same wine; the only difference was the label.
Given the above criticism and to stop bias when reviewing wine, some wine critics have resulted to blind tasting. Hence, critics rate wine based on their ability to detect and distinguish between sweetness, sourness, and bitterness of the wine.

Studies like the one by Robin Goldstein show that professional wine critics can detect the elements of wine that make it expensive. Hence, critics give expensive wines better ratings compared to the less expensive ones. Also, a critic’s health, the weather, and level of tiredness can affect the wine critic’s palate. This proves that wine critics blind tasting is not as foolproof as it should be.

Since everybody has a different palate and it is evident that wine critics can be fooled. Coupled with the fact that most people cannot tell the difference between cheap and expensive one. Wine critics’ ratings are best used as a guide and not taken as the final indicator of the wine’s characteristics.

Looking for the perfect brunch drink? The history, and unique recipes for Mimosas!

Grape Skins: The Importance In Wine

Grape skins are crucial to wine, used for coloring and many more reasons! Learn more!