Wine Coolers are a classic, and easy to drink party option! 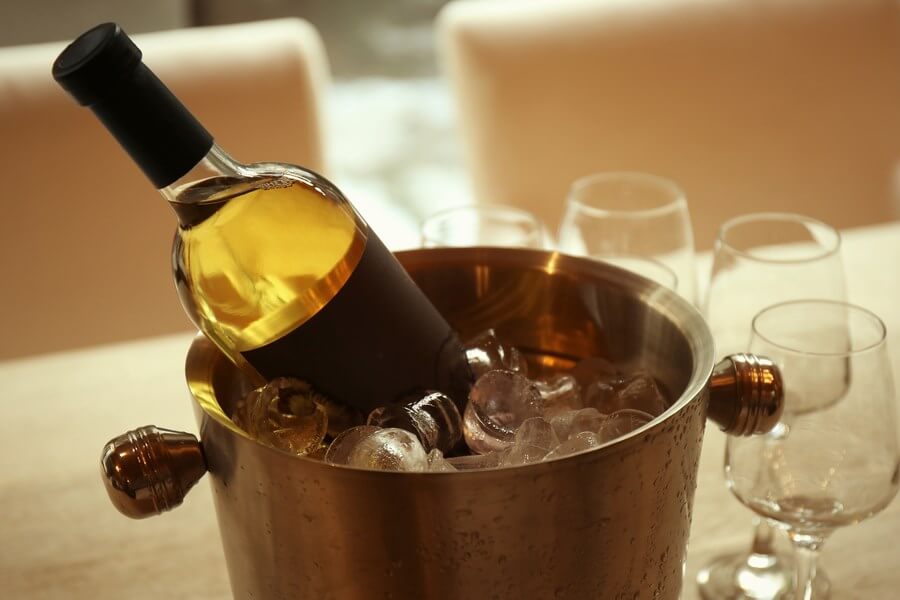 It was during the 1980s that brands like Seagram’s and California Cooler made names for themselves. The production of wine paired with other flavors into fruity concoctions resulted in crisp and refreshing beverages that were perfect for parties on hot summer nights. They were all the rage back then, with over 10% of all wine sales in 1985 being wine cooler sales.

There is still a lot of love for these sensational carbonated beverages in the 21st century. Those who aren’t fond of beer can still sip on something that fits their preference. The sheer variety of flavors is appealing to many, especially those with a love of switching things up. Though people still love wine coolers, the average consumer doesn’t know much about what these concoctions are or how they’re made.

How are Wine Coolers Made?

Traditionally, a wine cooler consists of wine and various other ingredients to create a new flavor. This traces back to the use of apple wine, though other wines play a role in the creation of wine coolers ever since. Think of Sangria, which has wine, sugars, and fruit. This is a very easy and very popular homemade wine cooler to make, though it is available in retail establishments too.

However, many retailers have chosen to take a different approach to their wine coolers – by eliminating the wine content entirely. Drinks that used to consist of a dry, white wine are often now made with a malt alcohol base instead. For instance, Zima (which has resurged onto shelves recently) is a malt-based wine cooler, so it’s not really a wine cooler at all. For the sake of accuracy, perhaps these drinks are “beer coolers.” It is not uncommon to call these drinks “malternative” beverages rather than wine coolers.

Seagram’s Wild Berries contains 37 grams of sugar, as an example, per 150-calorie bottle.

How Does a Wine Cooler’s Alcohol Content Compare to Wine?

Most wine coolers possess 10% or less alcohol content. Most fall into the 4% to 6% range, making them no stronger than an ordinary beer. Wine averages around 11% alcohol content, making it a much more potent beverage – especially if consumed in quantity.

It is the difference in wine alcohol content that draws many people to wine coolers. It’s easy to open something to drink without uncorking a full bottle of Chardonnay. This makes it easier for some to monitor their drinking in social situations.

Before we dive into this section, consider the fact that wine and wine cooler servings are of different sizes. The average wine cooler is served in 12-ounce single-serving bottles. On the other hand, the average serving of wine is a mere five ounces – less than half the serving size of wine coolers.

With this in mind, it’s easy to see how the calories of wine vary wildly across the market. A Moscato d’Asti, for instance, can contain less than 60 calories per 5-ounce pour. The average wine provides at least 100 calories per serving, though some are closer to 200 calories.

Wine coolers, however, almost always have a calorie count of at least 150 per 12-ounce bottle. This is in no small part thanks to the high sugar content in these drinks. Seagram’s Wild Berries contains 37 grams of sugar, as an example, per 150-calorie bottle.

For the weight-conscious, wine definitely seems like the best bet in terms of calories. However, if one is likely to indulge in a large amount of it then the difference between wine and wine coolers in this way is negligible. For instance, a bottle of wine contains roughly five 5-ounce servings. If you were to drink the entirety of a 100-calories-per-serving bottle, that’s 500 calories. That’s one-quarter of the standard 2,000 calories per day dietary guideline for adults.

As it is with alcohol content, the matter of calories boils down to personal preference and moderation. At the very least, you can rest assured that less of wine’s calories come from sugar.

While wine coolers are often composed of wine, the two drinks are worlds apart. For the health-conscious, Seagram’s is little more than sugary soda with a low alcohol content. However, if one is looking for a sipping beverage, wine coolers could be a lower-alcohol solution for many.

Red wine cocktails are perfect for summer, from Sangria to Spritzers, and more! Learn to make our summer classics!

Rosé cocktails are the perfect summer drink! Learn some of our favorite recipes to make those summer days even better!