The vine mealybug is a common vineyard pest found in grape-growing regions worldwide. 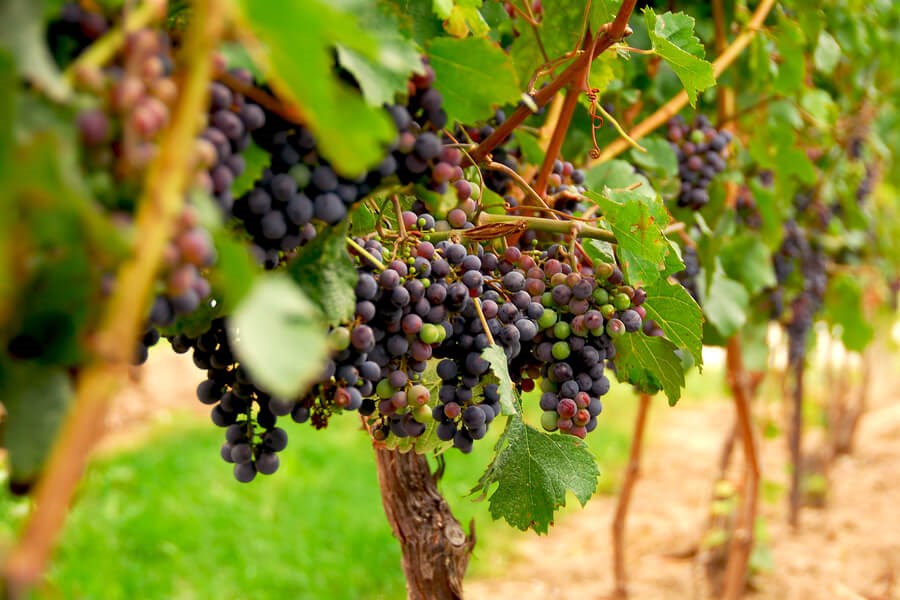 In fact, since it damages the vineyard vines and affects the quality of the grapes, the bug is an economic pest.

Vine mealybugs are small, soft-bodied insects with sap-sucking mouthparts. They get their name from the white mealy wax on the female bug. The bugs are difficult to see with the naked eye because the female is about 3mm while the males are less than 1mm in length.

The wingless female bug has limited ability to move and disperse, unlike her male counterpart who has wings. So, for her to move from vine to vine or from one vineyard to another, she relies on other means of moving. Like moving along in water and wind or by attaching herself to animals and vineyard tools.

Due to the bugs being temperature driven, their pattern of development and movement on the grape vines is seasonal. Therefore, during the winter the bugs will be on the lower part of the vine, under the vine bark and underground. And, in summer, they will begin the upward movement along the vine trunk, the base of young buds and shoots, leaves and grape bunches.
How does the vine mealybug affect vineyards?

As the vine mealybugs feed on the grapevine, they damage the vines, the grapes, and foliage. Causing the vineyard vines to be unhealthy and to produce poor quality grapes. They achieve this by;

Contamination happens when sooty mold grows on the egg-sacs and honeydew deposited by the vine mealybugs as they feed. When the grapes get contaminated, they are useless since you cannot eat or make wine with them.

Learn about amazing organic wineries pushing the boundaries of viniculture!

Therefore, it’s the most cost-friendly, sustainable and effective pest control technique compared to the other methods.

The sooty mold that grows on the honeydew interferes with the normal ripening of the grapes. As a result, the grapes develop a poor taste and color and eventually wither off the grape bunches.
Also, the excessive feeding by the bugs leads to decreased vigor and a short life of the vine. As a result, the leaves of the vineyard vines turn yellow and the vines experience premature leaf drop.

The vine mealybug is a vector of grapevine leafroll-associated virus 3 (GLRaV-3) which reduces photosynthesis. As a result of the reduced photosynthesis, the sugar accumulation in the grapes is slow, thus the grapes take a long time to ripen. Also, the vines produce low yields and the grapes are of poor quality because they are acidic.

Detecting Vine Mealybugs In A Vineyard

The small size of the bugs makes it almost impossible to spot them. However, the following symptoms are a clear sign of a vine mealybug infestation in the vineyard.

It’s hard for farmers to use pesticides to control vine mealybugs because of the nature of the pest. Notably, they are able to hide in crevices and underground. The wax covering their bodies prevents the penetration of water-based insecticides. And, they can quickly build up resistance to insecticide. Therefore, a lot of grape growers are using the following methods to control the pest;

The cultural control method aims to reduce and prevent the spread of existing vine mealybugs in the vineyard. It promotes good vine management practices such as sterilizing the farm equipment used to harvest the grapes and prune the vines. As well as, pruning and removing of the dead and excess twigs in the vineyard.

The biological control technique calls for the use of a natural predator to the vine mealybug. Once the predator is in the affected vineyard, it kills and reduces the population of the bugs. But, since the predators cannot attack the bugs when they are underground or under the vine bark. The bugs need to be on the grapevines for the method to work.

Integrated Pest Management aims to reduce pest populations in a non-polluting way, by using little to no chemicals in the vineyard. In fact, most farmers that use this method, only combine the cultural and biological methods to control the bugs. Therefore, it’s the most cost-friendly, sustainable and effective pest control technique compared to the other methods.
Even though the vine mealybug is a serious pest that damages vines and reduces the marketable yields, it’s controllable. Because by practicing correct pest management techniques, the damage caused by the bugs reduces.

Organic wines with no pesticides and reduced environmental impact are important, find out how and why!

Wine is great for your health, fighting and preventing all sorts of ailments! Learn more!