The year 2017 saw a drop in wine production across wine-producing countries in the world. Even so, Chile produced 9,500 million hectoliters of Chilean Wine, becoming the 9th largest wine producer in the world. 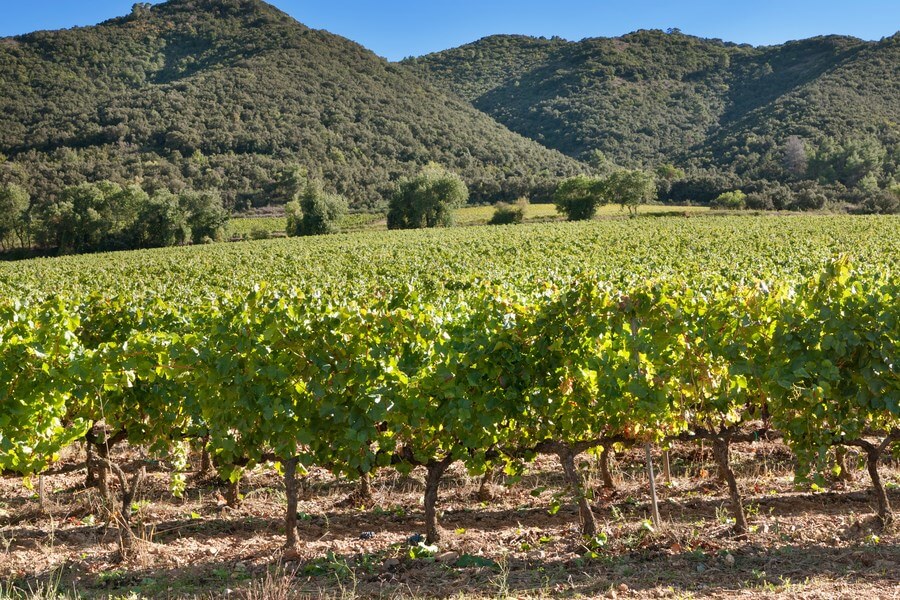 Owing to the temperate climate in Chile, over 20 grapes grow in the Chilean wine regions. In particular, Pais, Carbernet Sauvignon, Merlot and Carbernet Franc are grapes that thrive in the region.
The wine industry earns the country a lot of revenue, from wine tourism and the sale of wine. As a result, the wine industry is one of the key pillars of Chile’s economy. Particularly, it has
created employment, thus improving the livelihoods of Chileans.

The Pacific Ocean, Andes Mountain, the Atacama Desert and Antarctica, are Chile’s natural boundaries. These boundaries isolate the country, resulting in a perfect terroir for growing vines. In particular, the common pests and diseases do not affect the vines. So, wineries do not have to graft their rootstock, resulting in high profits due to low production costs. Also, since wineries don’t graft the vines, they are “pure” and the “purity” is present in Chilean wine.
The Chilean wine regions are along an 800-mile stretch of land, from the North to the South of the country. Chile’s most innovative winemaking happens in the North and South areas. And the Central area is famous for being the most classic wine-growing region.
The Chilean terroir determines the vines grown in each region, as shown in the following overview of two wine regions.

Learn about the Kenyan Wine Industry!

The valley is also home to the largest and one of the oldest wineries in the country, Concha y Toro. The winery founded by Don Melchor Santiago de Concha y Toro in 1883, produces the famous Chilean wine.

Maipo Valley is the birthplace of Chile’s wine production and the most historic Chilean wine region. Grape growing began when the Spanish missionaries grew the Pais grape in the 16th Century.
The 19th century saw Bordeaux grapes introduced to the valley, including Carmenère, Cabernet Sauvignon, and Merlot. These grapes thrive under Chile’s sunny skies producing the most successful export wines in the country.

Since then, the valley is now home to some of the best Cabernet-based Chilean wines. Including, Concha y Toro’s Don Melchor, Almaviva, Errazuriz’s Viñedo Chadwick and Santa Rita’s Casa Real. Wines from this region are richer than the Bordeaux from France. Hence, wineries don’t mix them with Merlot to soften them. Though, certain wineries blend Cabernet Franc with the wines to add a cigar-box aroma.

Maipo valley receives cooling winds from the ocean, giving it a Mediterranean climate. The climate is perfect for the elegant wines produced here. The valley has three zones, Alto Maipo, Entre Cordilleras and the Coastal Maipo. Of the three, Alto Maipo is the most famous for its full-bodied red blends Carbernet Sauvignon.
The valley is also home to the largest and one of the oldest wineries in the country, Concha y Toro. The winery founded by Don Melchor Santiago de Concha y Toro in 1883, produces the famous Chilean wine.

The winery, located an hour away from Santiago is the main winemaking attraction in the city. Its old cellars and vineyards are part of the country’s winemaking tradition. It is open to the public and offers authentic Chilean wine tours. The tour is an opportunity for tourists to; taste three different Chilean wines, sample different varieties of grapes displayed in the garden. And, learn about the origin of the Casilero del Diablo wine.

Casablanca Valley is Chile’s first cool-climate wine region, lying between the Andes and the coastal mountain range. Pablo Morandé (El Pionero) planted the first grapes in the valley in 1982.
Ignacio Recabarren is famous for shinning the spotlight on Casablanca. He produced remarkable Sauvignon Blanc wines from vines planted in the valley. Today, premium wines from Casablanca are from the Chardonnay, Sauvignon Blanc, Pinot Noir and Syrah grapes that flourish in the valley.
The warm air that blows from the Maipo Valley and the humid conditions from the Pacific Ocean, influence the valley’s climate. Therefore, unlike in the other Chilean wine regions, where pests and diseases don’t attack the vines. The vines that grow here are prone to attacks from nematodes and downy mildew. Despite, the pests and diseases, the climate is ideal for growing white
grapes.

Wine tourism is popular in the Casablanca valley. As a result, wineries operating here have come together to offer Chilean wine tours, under the umbrella name Ruta del Vinode. The wineries involved include; Casas del Bosque, El Cuadro, Emiliana, House Casa del Vino, Indómita, Matetic, Veramonte, Viñamar, Catrala, Kingston, Quintay, Loma Larga, La Recova and William Cole. Other than the traditional wine tour activities offered in many wineries. Tourists on this tour get to visit Viña Emiliana a biodynamic and organic vineyard. Also, to make sure you get the maximum value of the tour, the wineries provide accommodation, restaurants and picnic sites.

Today, Chile exports wine to over 150 countries per year, which makes Chilean wines the most popular ambassador for the country. The popularity of Chilean wine and Chilean wine tours is due to; the innovations made in the winemaking process and the long-term commitment by the winery to produce quality wine.